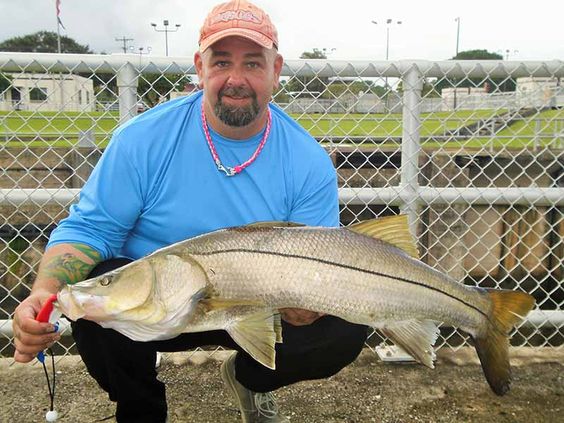 INSHORE:  The week of rain has the spillways open and the snook are biting.  Remember It's all catch and release fishing now.  Flair hawk jigs and big swimbaits are the lures of choice at the spillways.  Should be a handful of tarpon mixed in with the snook at the spillways as well.  Look for the low light periods of the day to produce best, but if it stays overcast the fish will bite well throughout the day generally speaking.  Been some big jacks cruising around in the ICW and Loxahatchee River willing to bite a large mullet and at certain times a big noisy topwater.  Other inshore action has been hit or miss this week with the weather.

SURF/PIER:  Pompano reports were all but will this week...they may have finally left us for the summer.  Scattered schools of jacks and a few tarpon are roaming the beach right now.  The jacks have been biting first thing in the morning and are reachable from the beach.  The tarpon for the most part have been moving outside of casting range from the beach.  The schools of tarpon that are around are super spooky and tough to trick into eating so far.  Catch and release snook fishing at the Juno Beach Pier and along the beach has really started to fire off.  Just remember that those big girls are the future of snook fishing...handle them with care!
Posted by Tony Rose