INSHORE FISHING:
Along the beaches around Jensen Beach, they are still catching some nice size pompano and plenty of whiting and croaker along with a few snook.
In the St. Lucie and Indian Rivers snook bite is beginning to get good. Anglers working the docks and bridges using live bait (mostly pilchards with a few threadfins) are having a blast.
They are also landing a few nice trout as bycatch.
If you’re looking for a rod-bending fight there have also been some big jack crevalle in the area.
A steady supply of pilchards can be found at Stuart Live Bait in Manatee Pocket.
At the Boynton Inlet, sheepshead and croaker have been hitting crabs and cut shrimp off the north jetty during the day.
At night, snook over 40 inches are being caught using live mullet or croaker fished on the bottom and two- to four-ounce jigs (either Flarehawks or white chicken feathers) bounced off the bottom.
In the Intracoastal, on the flats north of the inlet and the docks along Hypoluxo and Manalapan, there has been decent action on bonefish, snook, jack crevalle, ladyfish, mangrove snapper, moonfish and redfish. Best bets have been live shrimp on eighth-ounce jig heads, bouncing three eighths-ounce yellow butterbean bucktail jigs off the bottom during the day and using epoxy glass minnow flies on five- to eight-weight fly rods at night.
Lantana Bridge anglers have been catching ladyfish and Spanish mackerel using live shrimp and glass minnows. 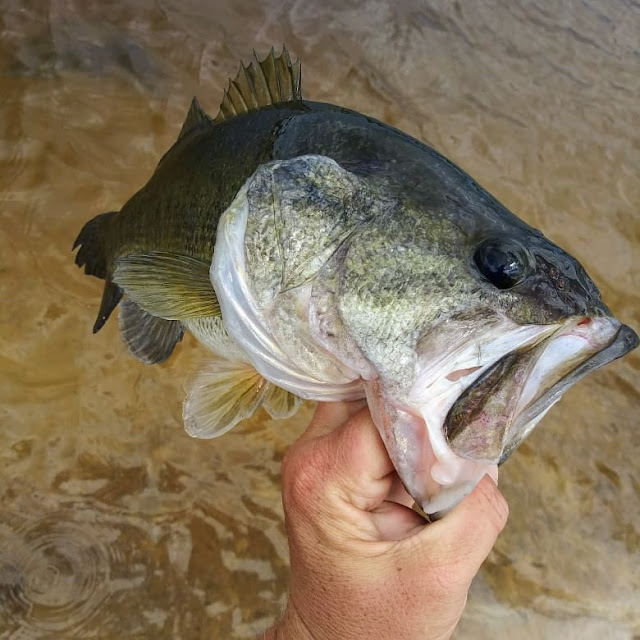 LAKE OKEECHOBEE:
The bass bite is still excellent! They are being caught on shiners as well as artificial baits including swim jigs and spinner baits working the outside grasslines. Hot spots have been Kings Bar, Third Point and the Buckhead Ridge area.
The spec bite is pretty much over, but the bluegill bite has been coming on strong. Though it’s still a month away before they begin bedding down, they are being caught on worms and crickets in the Kissimmee River.
The lake level is low so boaters be careful.
NOTEWORTHY:
The West Palm Beach Fishing Club’s annual Marine Yard Sale will be held from 7 a.m. to noon on Saturday. The event will be held at the club’s historic headquarters at 201 Fifth Street in downtown West Palm Beach. It will feature a huge variety of used items including rods and reels, coolers, fish mounts, dock lines, gaffs, cast nets, landing nets, lures, diving gear, tackle boxes and more. Proceeds benefit the youth education and marine conservation efforts of the Palm Beach County Fishing foundation, the club’s charitable affiliate. For information, call 561-832-6780 or visit www.westpalmbeachfishingclub.org
courtesy of Palm Beach Post
Posted by Tony Rose