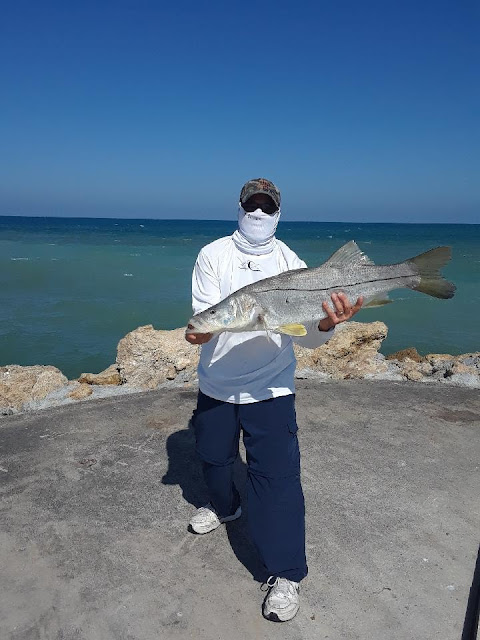 Fort Pierce Inlet has been producing Snook for those fishing with live Pilchards or greenies, but don’t forget that the season is still closed, so it’s catch and release only. On the beaches, the calmer conditions are beginning to reward those that go, as Snook and other species are being caught. There has been a fair amount of greenies on the beaches, and some glass minnows as well. Spoons, MirrOdines, jigs, and flies such as Clouser Minnows and Polar Fibre Baitfish have been getting it done. Inshore, there’s still good numbers of Redfish around, as well as Snook. Docks have been producing, as well as shorelines, as well as outflow areas, which also have baby Tarpon early and late.