Inshore fishing:
Up by the St. Lucie Power Plant the bite for sea trout remains good as does the redfish action along the flats close to the mangroves.
Anglers fishing from the bridges and docks along the St. Lucie and Indian Rivers are catching snook on shrimp and pilchards.
They are also catching black drum and sheepshead from the bridges as well.
At the Jupiter Inlet they’ve been catching good numbers of Spanish mackerel using Acme Kastmaster spoons and Clarkspoons. On Tuesday there was a fairly large school that moved inside the inlet.
Along the beaches from Hobe Sound through Jupiter and down to the Juno Pier there has been a good pompano bite. They are being caught on Doc’s Goofy Jigs, sand fleas and Fishbites.
In the Loxahatchee River there has been nice varitey of fish being caught. Anglers are catching ladyfish, big lake croaker, snook and some small tarpon.


The snook are being caught around the bridges and docks using live shrimp. Though most have been small, there are a few keepers.
The big lake croaker are also being caught on live shrimp.
Along the beaches from Lake Worth down to Delray Beach anglers are having a blast catching Spanish mackerel, bluefish, jack crevalle and even some snook. Clarkspoons, Gator spoons and heavier top water plugs are working well.
Along that same area, but especially at Lantana Public Beach, the pompano bite has been good. Nice size fish are being taken using sand fleas on pompano rigs.
At the Boynton Inlet, jetty anglers are catching bluefish, Spanish mackerel and sheepshead. The sheepshead are being caught on the incoming tide using live crabs.


In the Intracoastal Waterway from the Lake Worth Bridge to the Boynton Inlet there have also been pompano. They are being caught on jigs tipped with shrimp and sand fleas on pompano rigs. In the same area, keeper permit up to 15 pounds have been caught.
At the Lantana Bridge there have been pompano and good numbers of sheepshead around the pilings and walls. They are being caught on live crabs and clam strips.
Lake Okeechobee: 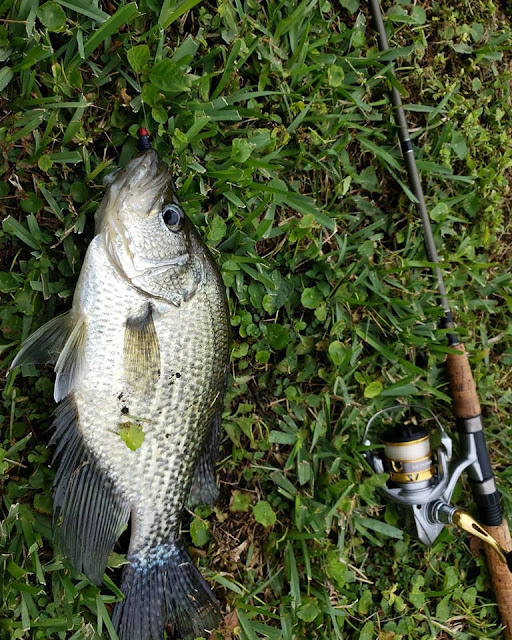 The speck bite has continued to pick up with the cooler weather. They are being taken using jigs working the grass around Buckhead Ridge and the southeast corner of King’s Bar. They are also catching good numbers using minnows in the Kissimmee River.
The bass bite is still good, but with the cooler weather the action has shifted from artificial baits to live shiners. Hot spots are Third Point and the Tin House Cove area. Not just good in the mornings, it’s an all-day affair right now.
Posted by Tony Rose