At the St. Lucie Inlet, and the docks and bridges along and spanning the St. Lucie River, the snook bite has been heating up as the season gets ready to close on June 1. If you're looking to get a slot-size fish before it closes get some live croakers. They are working best and are available at the Snook Nook.

There are reports of tarpon being caught up by the power plant as well as at the St. Lucie and Ft. Pierce Inlets. Live mullet, if you can find them, are best, but they have also been hitting freelined shrimp and even some big swimbaits. 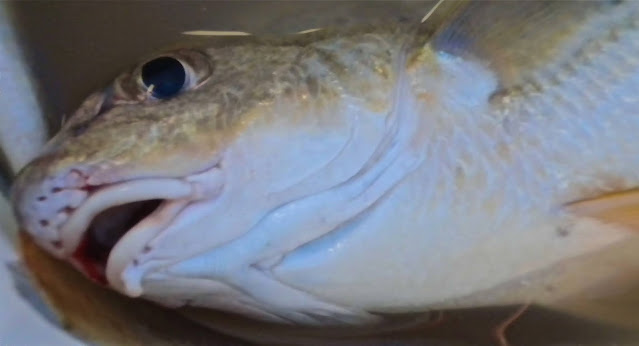 There have been a few nice-size croaker being caught using shrimp on jig head on the 10 Cent Bridge.

Along the Roosevelt Bridge, black drum are being caught using shrimp on a jighead.

The early mornings have been best for the tarpon and jacks using a Yozuri 3-D Crystal Minnow model F1146-RGLM.

The lanes are mostly being found off Lantana Public Beach and have been hitting standard pompano rigs baited with cut shrimp.

A chartreuse or red tube lure will work for the barracuda.

Around the Boynton Inlet, mangrove snapper have been hitting live shrimp off the north jetty while sand parch are being caught on cut shrimp off the back wall of the south parking lot at night.

Lantana Bridge anglers have reported mangrove snapper eating both live shrimp and small greenies and at night there have been snook, small tarpon and moonfish hitting white jigs and small Rapala lures twitched along the shadow lines.

Wednesday morning Capt. Larry Wright had his guests into plenty of fish, but they were not easy to catch.

Using live shiners, he said they had over 30 bites, but were only able to land nine of them. He said the bass seemed more intent on just killing the bait than actually eating it.

They were working the outside grassline around Buckhead Ridge and then headed over to the Indian Prairie Canal area to work the outside Kissimmee Grass.

The lake is still a bit churned up from all the wind last week and boaters should use caution as the lake level is low right now.