The snook action has been very consistent at the St. Lucie Inlet the past week. Overslot fish are being caught and released using live pilchards and croakers.

The Jensen Causeway has also had a good snook bite the past week. Live crabs are working best in the early mornings and, if possible, on an outgoing tide.

One more hot spot for snook has been the Ft. Pierce Inlet. Live croakers, which are availabe at the Snook Nook, have been the bait to use up there.

At the St. Lucie Inlet and at the Crossroads there have been some big tarpon the past week. Fish over 100 pounds are being caught and released. Eat your Wheaties and get ready for a serious fight!

Using the small mullet that have been around, anglers are bringing home plenty of keeper mangrove snapper working the docks along the St. Lucie River. At the Boynton Inlet, along the south beach, there have been schools of small sardines and greenies. Anglers working the south wall of the inlet, from the jetty to the cleaning tables, have been catching big jacks and Cubera snapper up to 30 pounds freelining large chunks of bonito. 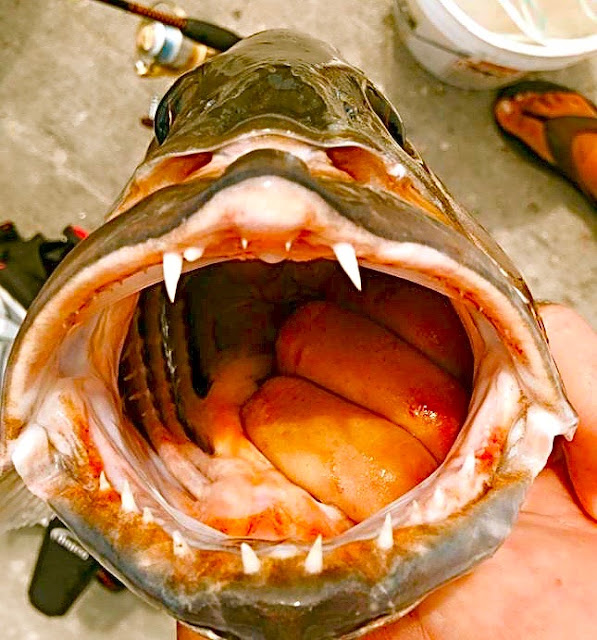 There have also been some snook around the jetties for catch and release action. They are being caught on live sand perch and live mullet.

At the Lantana Bridge, anglers are getting mangrove snapper on cut frozen shrimp. Though there are some shorts there are plenty of keepers in the mix.

Though the bass fishing has been a little tough the past few days, Capt. Larry Wright has his client into 16 fish by 9 a.m. Wednesday morning.

Live shiners, worked along the outside edge of the Kissimmee grass has been the key.