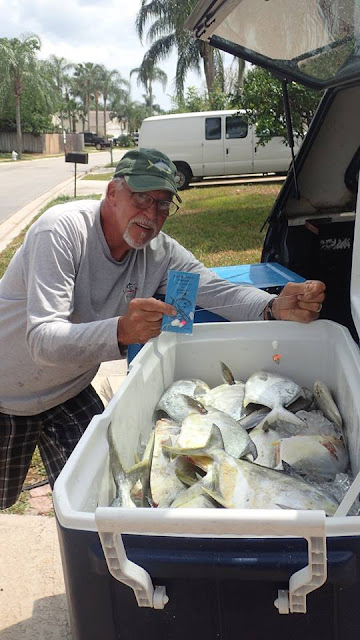 Pompano are moving through the surf throughout the day along Jensen Beach, and bluefish and Spanish mackerel are biting around the higher tide. There are whiting and croaker in the mix as well.
In the Indian River, there’s still a great redfish bite on the west side from County Line Road north, and the snook action is great around the bridges at night and early in the morning (before sunrise).
Pompano and Spanish mackerel are being caught along the beaches of Jupiter early in the morning, and jacks can be snagged all day long.
Ladyfish and big jacks are biting out in the open water/flats of the Intracoastal Waterway in and around Jupiter, while snook, snapper and black drum are all holding near the bridges. The best action for these fish, as you’d expect, is at night.
The surf action has been a little slow along Palm Beach this week, but there were plenty of jacks caught, and a few Spanish mackerel and bluefish were also reported.
Snook have been spotted near the Lake Worth/Palm Beach Inlet and are also chewing around the bridges and dock lights on the Intracoastal at night.

FRESHWATER
Anglers fishing the south end of Lake Okeechobee are catching big numbers of bass around Pelican Bay, Bay Bottom, East Wall and Harney Pond. The best action is along the outside edges and back in the grass. The key is finding clean water.
This is one of the best times of year to fish the “Big O,” and some really nice fish are being hooked. In fact, a few 7-pounders were reported this week, and that has been fairly common recently.
Live shiners are working a little better than artificial lures at this point, but you can certainly catch bass either way.