INSHORE:  Catch and release snook fishing is still pretty good.  The docklights are starting to produce good numbers of small snook, and an occasional tarpon.  Small flashy white jigs and live shrimp are good bait choices.  The flats around Munyon Island and Hobe Sound continue to come alive with a variety of species.  Early morning will be best for the snook, trout, and occasional redfish; while higher light is fine for catching jacks and ladyfish.  Starting to hear some reports of pompano inshore as well.

SURF/PIER:  A little slower week on the beach, but still a fair number of fish around.  Bluefish action remains pretty solid off Hobe South.  Pompano reports continue to come in, but for the most part not in big numbers. 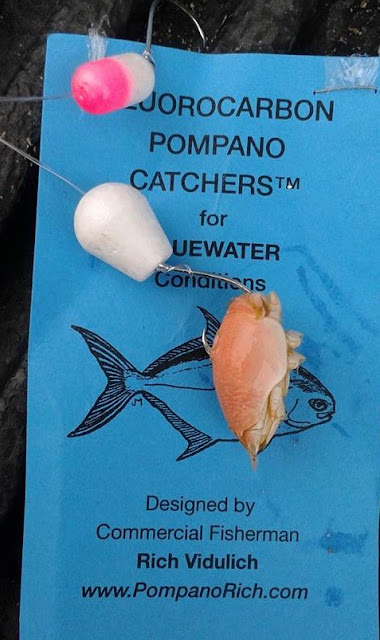 Sandfleas and clam remain the bait of choice for the pompano.  Just be prepared to reel them in quick as the sharks are not far behind!  Spanish mackerel action remains fair up and down the beach, and good numbers of macs are filling into Peck's Lake as well.  Plenty of sharks along the beach.  Fair numbers of jacks around Palm Beach and Jupiter Inlet.
Posted by Tony Rose