INSHORE-  The interesting news around northern Palm Beach County this week on the inshore front remains the above average number of redfish hanging around.  Now we aren't talking schools of hundreds of fish to sight fish along the flats, but even a chance or two at a redfish is pretty cool for us.  A few spotted seatrout on the flats.  Lots of sheepshead around the docks and bridge pilings.  Live shrimp and sand fleas are solid bait choices for the sheepshead.  Catch and release snook fishing remains pretty good around the bridges at night.

SURF/PIER-  It was a little slower week surf fishing wise due mostly to rough ocean conditions.  Pompano action remains a bit sporadic.  Seems to be a few more pompano north of Jupiter Inlet...and also more sharks, so reel em in quick!  Still a fair scattering of bluefish, jacks, and ladyfish scattered along the beach.  A heavy lure (Silver spoon, weighted plug, or big popper) thrown during low light periods of the day is a good choice on the beach right now.  Spanish mackerel also remain around in good numbers. 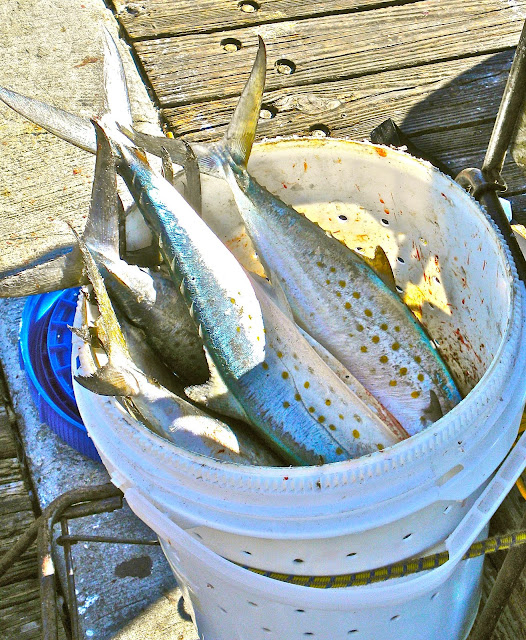