Along the beaches in the Jensen Beach area, weight is still the key when casting out against the strong onshore flow. Heavy spoons, with five to six ounces of lead have been the call.
With those winds subsiding and the turbidity of the water settling, the action should pick up. Casting distance is key, with croaker and whiting closer in and pompano a little further out.
The early mornings should be good this weekend on the higher tide.
In the St. Lucie River, the east side has been the call as the land has offered a natural buffer from the wind.
With the wind subsiding, however, the west side around docks will definitely be worth checking out.
Off the beaches in Jupiter, bluefish and ladyfish have been biting using Fish Bites and dead shrimp. Some pompano have also been caught.
In the Intracoastal the sand perch and black croaker action has been consistent.
In the Palm Beach area, jack crevalle and Spanish mackerel fishing has been good inside the Lake Worth Inlet.
South County anglers are reporting some good early morning action on pompano and bluefish using goofy jigs and Got-Cha lures south of the Boynton Beach Inlet.
Fishing around the Lantana Bridge has been good for sheepshead and undersized black drum using live shrimp and small crabs. Moonfish and sand perch have also been hitting under the bridge lights at night. 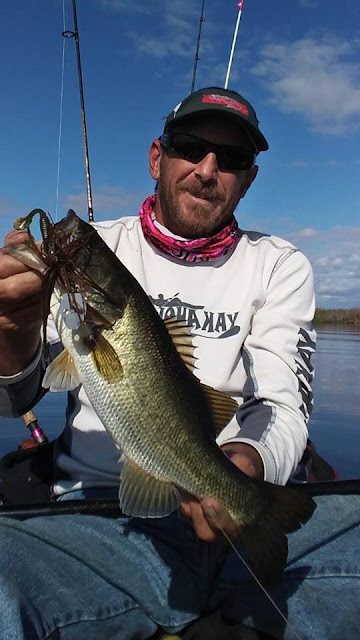 The winds haven’t been too bad on the lake and the fishing has picked up. Smaller bass are being caught venturing out of the grass beds on the backside of the recent full moon.
Live shiners are still the call, but the artificial bite is definitely picking up. Anglers should target the outside grass line areas.