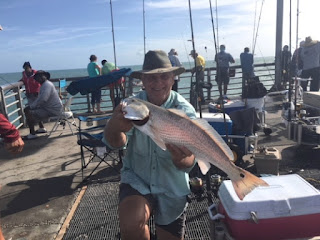 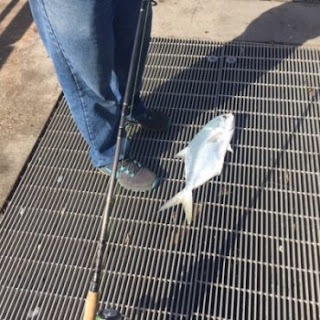 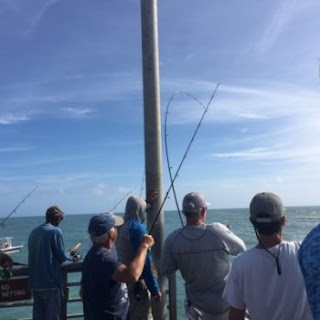 
Winds are blowing out of the North at 12 mph, gusting to 13 this morning and there is a light chop on the water.  We have a foggy morning at the inlet and it’s predicted to stick with us through mid day when winds are forecasted to shift to the East.  There is a slight chance of showers.

The north jetty was crowded with anglers yesterday.  It was a glorious day with lots of sunshine and a nice breeze.  Quite a few boats were anchored out off the tip off the jetty but from what we could tell, they weren’t having any more luck than the shore based anglers.  The bite was fair and a few real nice fish came over the rails.  The Sting Rays have thinned out; only one was landed in the morning hours.  Several anglers were having luck with Snook but unfortunately, one gentleman kept landing undersized (5) and one kept landing oversized (2), all which were safely released.  A real nice Pompano in the 20” range was landed, some small jacks, a few nice Black Drum, a couple of Sheepshead and a few slot Reds rounded out the mixed bag. Anglers were using a variety of baits including live and dead shrimp, sand fleas and clams and some were using artificials.
Our featured photo today is of John Day of Columbus, OH.  John and his lovely wife were fishing the north jetty when he landed his beautiful 26” slot Red using live shrimp.  Our second photo is of the big Pompano that was landed yesterday and the last photo is of an angler pulling in an oversized C/R Snook.