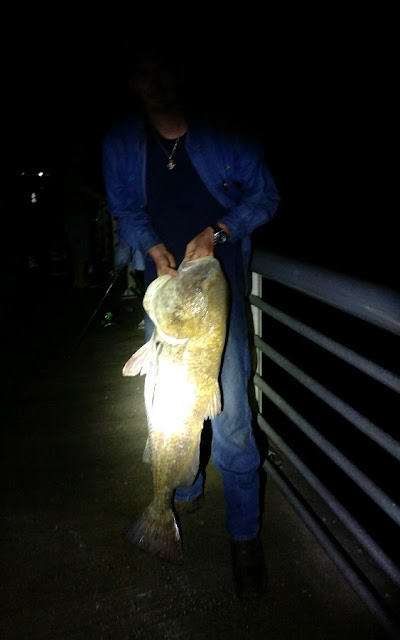 Winds are blowing out of the East-Southeast at 15 mph, gusting to 19 and there is a moderate chop on the water.  NOAA is advising small craft to exercise caution.

The north jetty was crowded with anglers fishing in the churned up conditions yesterday.  The bite was on the slow side and not much came over the rails in the morning hours.  A few Snook were landed but none were in the slot.  A couple of Whiting, small Sheepshead and one slot Red was landed in the early morning hours. Anglers were trying a variety of baits.
Our angler of the day is James Taylor.  James landed the enormous Black Drum in the photo off the north jetty Saturday night.  James said the fish weighed over 50 lbs.!  He was using clams for bait.  What a beast! 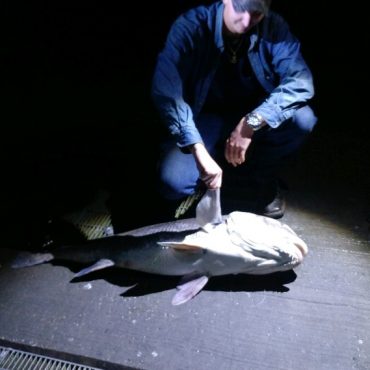