INSHORE-  Its a bit later than some years, but the mullet are really around in good numbers inshore right now from Jupiter to Palm Beach.  Snook, tarpon, jacks, ladyfish, and even a few redfish are around in good numbers as well following the easy meal train.  Best action around the mullet schools typically is going to happen at sunrise, sunset, and under the moon.  Fish live mullets or loud noisy lures around the edges of the schools for best luck.  Also, don't be afraid to try moving away from the schools and fishing ambush spots and other good looking structure.  A lot of times (especially for the bigger snook) the fish will post up around ambush spots and simply wait for the mullet to come to them.  Snook fishing also remains very good at night around the bridges (Jupiter especially).  Flair Hawks, SpoolTek Swimbaits, and the 9" "Juno Baits" Straight tail are all getting good bites right now.  Tide is not as important now, just fish on moving water for best results. 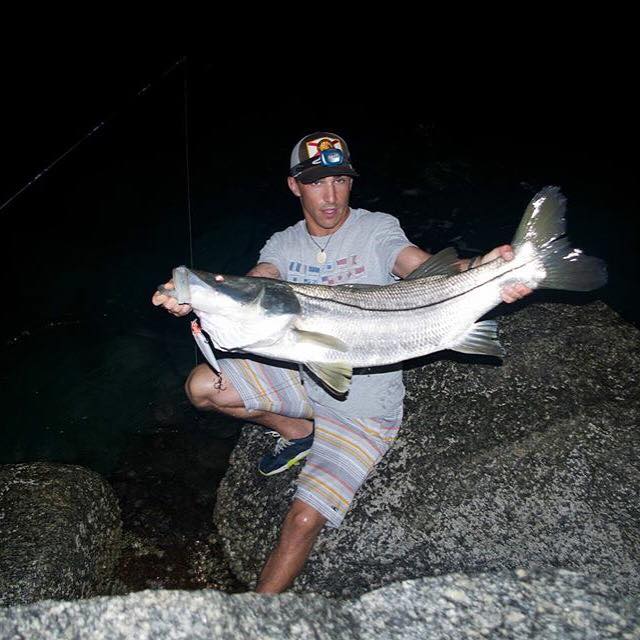 SURF/PIER-  Lots of action in the surf, Juno Beach Pier, and Jupiter Inlet right now.  So much going on, it's hard to get it all in my normal length report (In other words...just go now!!!)  Just going to try and run through quickly a little bit of everything going on.  The Juno Beach Pier has been very hot lately; with lots of bluefish, spanish mackerel, jacks, and runners around.  The Bobber Rig or a Rapala X-Rap are hard to beat right now at the Pier for solid all around action.  In addition to the species listed above; a fair number of snook and a few kingfish are around the pier.  Swimbaits and Flair Hawks closer to the beach for the snook, and large swimming plugs out near the end for the kingfish and bonita.  I know I forgot a bunch of stuff from the pier..(Yeah it's been that good!).  The surf has been producing a decent number of pompano, jacks, blue runners, and even a few redfish (Always a nice bonus to have a redfish eat a sandflea on a pompano rig!).  Throwing a plug, bobber rig,  or spoon at the beach early or late in the day will no doubt produce some of the same species as the pier.  The Jupiter Inlet is also producing a lot of fish right now.  Early morning seems to be best for all around action.  Lots of snook, tarpon, jacks, blue runners, and others around willing to eat a Yo-Zuri Mag Darter or Rapala X-Rap right now.  Just really good fishing overall right now...and regular readers of the report know it takes a lot for us to say that!