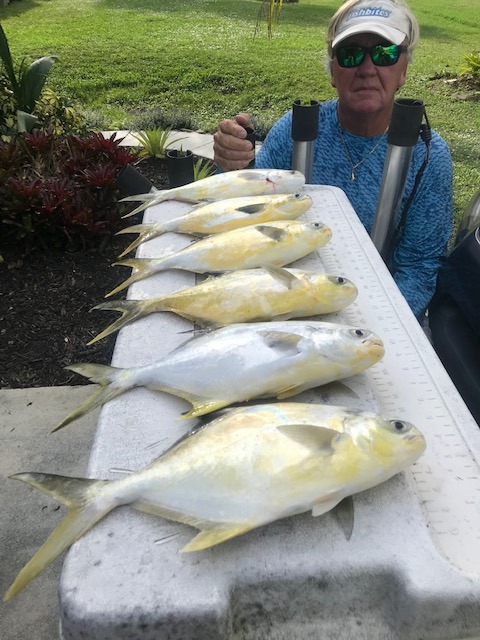 It is nice to report a positive surf report and include some encouraging news about catching some pompano . Randy and I were able to put a recreational limit of 6 nice pompano and we released another 5 that will probably be keepers in another month. There were reports of pompano catches from Bob Graham Beach south to Santa Lucea today and although there were no huge concentrations ,they seem to be spread out in the the nice water that was on the south end of the Island. EZ Flea, Yellow Crab, and Powerlime Fishbites were the baits that produced for us this morning. The bite was best from 730 to 10 am and look for the early mornings to be the time you want to target these fish as we head into the winter season. The one factor that kept our catch to 6 keepers was the appearance of sharks that took our last 4 pompano. This fishing will only get better as we near the end of the month and the front that we are forecast to get on Tuesday should push more fish into the area.