The bridges spanning the St. Lucie and Indian Rivers are still good spots for black drum, sheepshead and Spanish mackerel. Look for bridges that provide the most wind protection and use shrimp on a jighead.

The pompano bite is still excellent in the rivers. Sailfish flats and a few areas up around powerplant have been especially good the past week.

Sheepshead continue hitting clam strips, oysters, live shrimp and sand fleas around Boynton Inlet north jetty as well as around the docks and pilings in the Intracoastal Waterway. 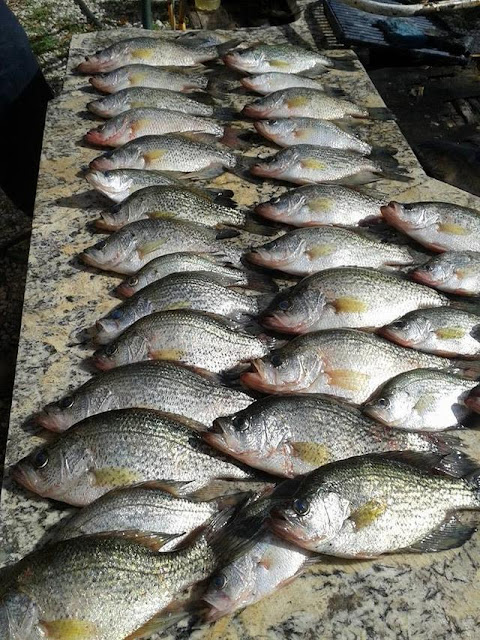 Like last week, the spec bite is still fantastic. Anglers using jigs in white or chartreuse colors are having a blast working the outside reed lines around King's Bar, Little Grassy and Buckhead Ridge. Though jigs are working best on the lake, minnows are working well in the Kissimmee River in depths of 12 to 15 feet. Whether using jigs or minnows, anglers are still getting their limits on these tasty panfish. Though the cool weather can take slow the largemouth bass bite down some it's still decent. Live shiners are working much better right now than any artificial. Hot spots have been Tin House Cove and Buckhead Ridge with both areas being worked deeper into the grass.

Fishing for largemouth bass in the western canals, convervations areas and Caloosa Park in Boynton Beach has been good in the early mornings for anglers throwing Rapala Chug Bugs and Heddon Zara Puppy lures with black/yellow or red/white colors.