Inshore:  Not much changes on the inshore side of things this time of year.  Catch and release snook fishing remains the best bet inshore right now.  Snook have been biting at the Spillways when open, in the inlets on the tides, and at the bridges at night.  Lots of different ways to go out and target them right now.  Mangrove snapper action also remains pretty fair inshore at the moment.  Best bet has been at night around the bridges with live shrimp or small live baits for the mangroves.  Still a bit early to see the finger mullet inshore...but it won't be long!  Get ready it's about to be on!!!

Surf/Pier:  Snook fishing remains the best bet along the beach these days.  The summer spawning cycle is slowly starting to wrap up; and the first signs of mullet will further help pull the snook out of the inlets and onto the beach.  While the snook feed all summer; the first mullet schools really ignite a bite that is just absolutely insane.  Swimming plugs (Rapala X-Rap, Yo-Zuri Mag Darter, and a host of others) are a great choice to throw for the snook early and late n the day.  When the sun is up and the water is clear stick to a smaller white jig or small soft plastic swimbait.  Until the mullet show up, a croaker is a hard bait to beat for the snook.  Jacks and a few tarpon have been spotted in the surf this week; but not in great numbers (Better numbers of them up the coast a bit).  Mangrove snapper continue to bite well at the Juno Beach Pier.  Live shrimp or small live pilchards remain top baits for there snapper.  A decent number of Spanish Mackerel around the pier as well over the past week. 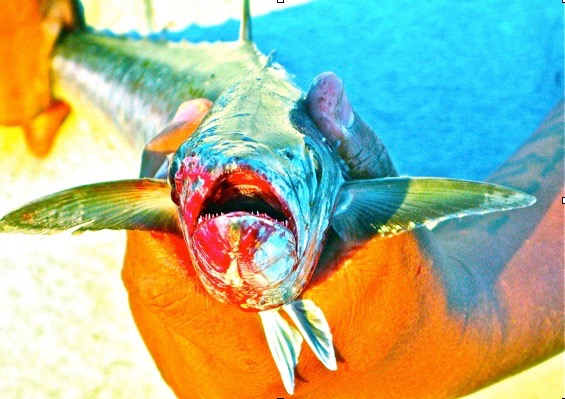