INSHORE
There are a lot of snook and tarpon on the beaches of the Treasure Coast. The best time to catch them is at first light or during low light. Whiting and croaker are around as well. Snook and tarpon are also holding in the inlets.
Trout and redfish are chewing in the Indian River around Little Mud Creek. Snapper and flounder are being caught around bridges and other structure.
Big numbers of snook are holding in the surf along Jupiter. They are in the area throughout the day, but they are biting early in the morning.
Snook and big jacks are being caught in the Intracoastal Waterway in Jupiter, and tarpon can be seen rolling through the area.
Snook are showing up in the surf throughout central and southern Palm Beach County as well, and the best time to catch them is early. Tarpon and jacks have also been reported.
Mangrove and mutton snapper, permit, snook and tarpon are all being caught around the jetties throughout Palm Beach County. Sheepshead, mangrove snapper, snook and tarpon are also biting around the bridges of the Intracoastal.

FRESHWATER
The bass are biting early in the morning on Lake Okeechobee. If you're on the water before sunrise, you can catch plenty of fish. Live shiners are working better than artificial lures at this time.
The best spots for catching bass are out in the make lake along the offshore islands. Once the sun is up, you'll want to move back to the grass and outer edges.


The bite picks up again in the late afternoon, but for best results, get out there early. 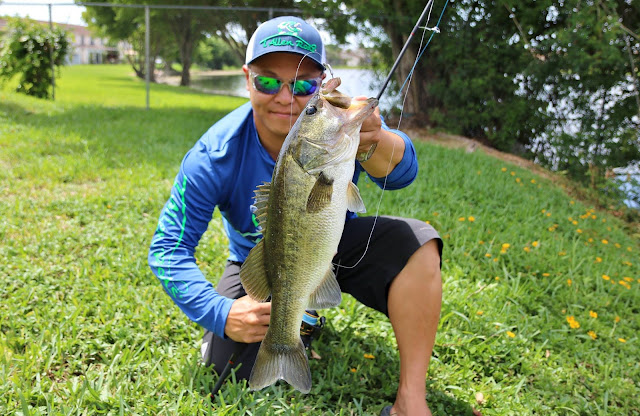