INSHORE:  Good snook fishing in the river and around the bridges at night right now.  The snook are starting to get a little more active; so don't be afraid to move away from the shrimp and mix up the baits with some bigger stuff.  Some very big jacks inshore right now as well.  A big topwater plug or live mullet along the seawalls is a solid choice for the cruising jacks.  Other inshore action is a bit hit or miss right now.

SURF/PIER:  Pompano remains the word of the week along the surf.  Low light periods of the day remain the best for the pomps, and clams and sand fleas are the baits of choice.  Still a few straggler bluefish around.  Snook are starting to show along the surf in a little better numbers.  Croaker and whiting are biting live shrimp and fresh cut shrimp in the first trough.  Scattered jacks along the beach. As well was a few blacktips still hanging around. Also a Nice Cobia came over the railings today. Big Ups to Juno Baits own Ryan Morie.. 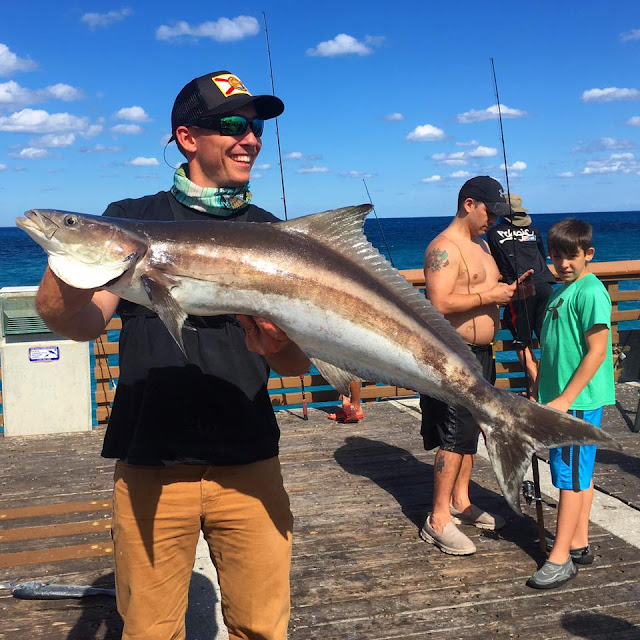