INSHORE:  Catch and release snook fishing remains good in the ICW and Loxahatchee River right now.  The bridges are also producing good number of snook at night.  Look for the outgoing tide to produce the most snook bites.  Spillway snook bite has also been very good as of late.  Flair hawk jigs and spooltek swim baits are both good choices for the snook at the bridges and spillways.  Scattering of mangrove snapper around inshore right now.  Small live pilchards and live shrimp are the bait of choice for the snapper right now.  Like the snook, look for the snapper to bite best at night on the outgoing tide.  Other inshore action remains a bit spotty.  Look for things to turn around drastically in a few weeks with the arrival of the first schools of finger mullet.

SURF/PIER:  Catch and release snook fishing remains the best game in town right now.  The snook are spread out along the beach in good numbers, schooling in the inlet, and stacked up at the Juno Beach Pier.  The snook will bite flair hawk style jigs, big swim baits, and swimming plugs at night or during low light periods of the day.  Once the sun starts to get up a little higher up it's much better to switch over to live baits.  Live croakers and sand perch are the top bait choice for the snook right now (especially for the bigger fish!).  Scattered mackerel around right now, but not in big numbers. 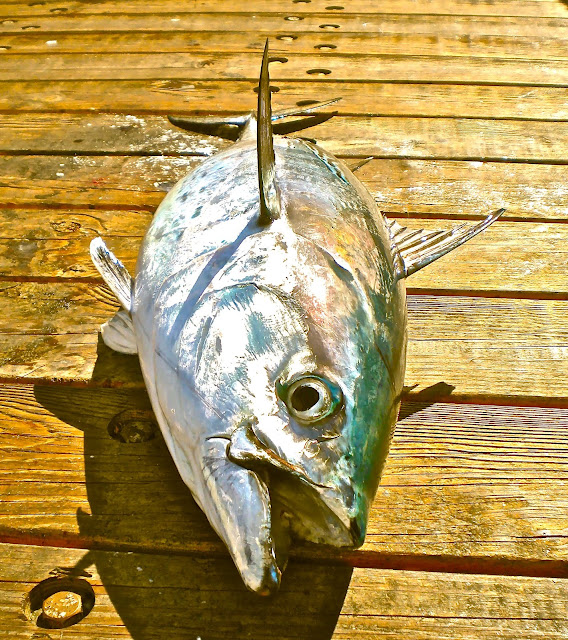 Bonita and a few kingfish are being caught off the end of the Juno Beach Pier.  Rapala X-Raps and diamond jigs are a good choice for the kings and bonies.  Mixed bag of croakers and sand perch in the first trough.  Small pieces of fresh shrimp are the bait of choice for them.
Posted by Tony Rose