INSHORE: Snook fishing has been good and should remain the best bet inshore for the near future.  Look for the bridges to produce well at night, especially those close to an inlet.  Flair hawk jigs and bigger swimbaits remain a very good lure choice.  Outgoing tide seems to be producing the best action on the snook.  Look for the snook to be laid up under boat docks and around seawalls during the day.  Mangrove snapper are beginning to show up in their summertime inshore spots, but not in huge numbers yet.  A few jacks and tarpon cruising around inshore, but not in big numbers. 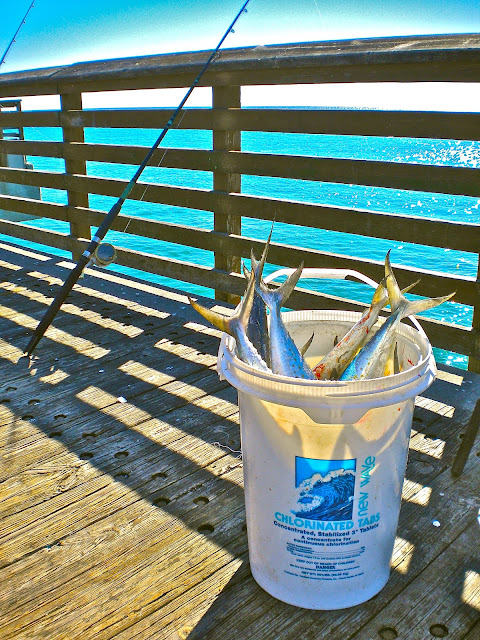 SURF/PIER:  Kind of a transition period along the beach right now.  The winter species (bluefish, mackerel, etc) have largely moved on minus a few stragglers, and the snook and other summer species aren’t here fully just yet.  Pompano are still around in fair numbers, especially to the north of Jupiter Inlet.  The Juno Beach Pier has been producing a few jacks and some Spanish Mackerel (Note…The “T” of the Juno Beach Pier remains closed at the moment for construction.).  Snook fishing has been improving at the pier, with dead sardines still remaining a solid bait choice at the pier.  Jupiter Inlet has also began to produce some snook.
Posted by Tony Rose