Fishing on the beaches has heated up, with Snook showing up in good numbers in several places, being caught on a variety of lures, such as spoons, Mirrodines, jigs, and soft plastics, and flies, all indicative of Pilchards, the preferred bait. There are also plenty of Spanish Mackerel, Ladyfish, Jack Crevalle, and a few Pompano to go around. Nearshore, there’s schools of big Jack Crevalle, and occasionally a few Tarpon. 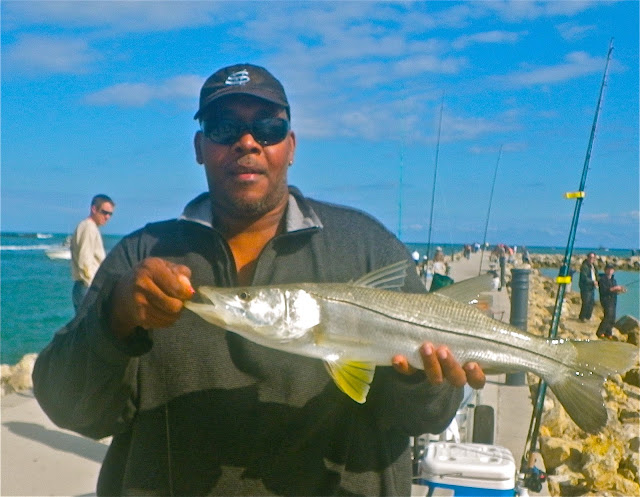 Snook fishing in the inlets has been quite good, but mostly on live croakers and other bait. In the Indian River, there are a number of big Snook inhabiting docks and on the flats, and most are being taken on live Croakers and also the Live Target Croaker swimbaits. Redfish are still plentiful as well, mostly on the shorelines. There are quite a few small to medium sized Seatrout around, but the larger fish have thinned out a bit.