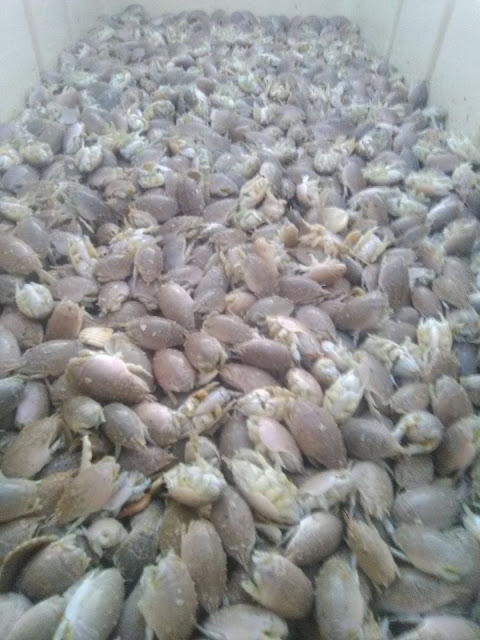 Inshore fishing:
Along the beaches in the Jensen area there has been a nice pompano bite. Though it can be good one day and not as good the next, they are definitely moving through. They are mostly being caught on live sand fleas and on green or yellow crab Fishbites. There are schools of Spanish mackerel moving through as well and there have been concentrations of them in Peck’s Lake. They are mostly being taken on spoons, Flash Minnows, Got-Cha plugs or anything else shiny and fast.

At the bridges spanning the St. Lucie and Indian Rivers there has been good action for snook, black drum and sheepshead.
Up around the power plant they have been catching sea trout. No gators, but some nice fish.
Along the beaches from the Jupiter Inlet north through Hobe Sound there has been a nice pompano bite. From Jupiter Inlet south, however, all the way to the Juno Pier the water has mostly been too murky from the recent dredge and beach renourishment. Anglers in the Loxahatchee River are also catching pompano, as well as jack crevalle and a good number of snook. Anglers going after snook are having good luck working the dock lights at night.
Lake Okeechobee:
The spec bite is still fantastic! Anglers using jigs, and minnows like jigs, in the grass are catching their limits. Best spots have been at Little Grassy in front of the pier along with Kings Bar and Third Point. The Kissimmee River has also had an excellent bite at night. The bass bite has been a little slow, but is still consistent in the Indian Prairie, North Shore and Kings Bar areas. Live shiners are working much better than any artificial baits right now.
Posted by Tony Rose