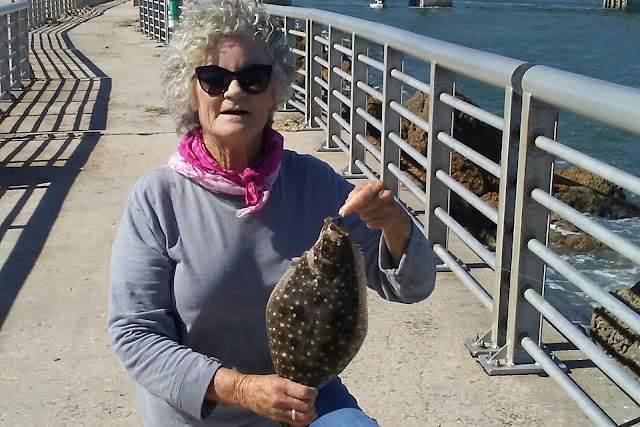 SHEEPSHEAD, BLACK DRUM, REDFISH AND FLOUNDER ON THE LINES


It is a beautiful day out at the Sebastian Inlet right now and now that winds have slowed, fishing is picking up again with the calmer seas.  Tommy tells us he’s seen a lot of big Sheepshead anglers have been reeling in on the North Jetty.  Black Drum have been hitting pretty good too.  Just check out last week’s featured angler for verification on that…  Small shrimp, clams and sandfleas are your best bait for both.

Redfish have been biting too on shrimp.  Some larger ones so remember your FWC size limits and practice safe catch and release. Spanish Mackerel are here and Bluefish are just beginning to show up.  Use your Gotcha lures, spoons and bucktails to reel them in and try fishing the South Jetty.
There is still some Pompano to be had, hitting mostly on sandfleas, clams and frozen shrimp.  West of the bridge, the Flounder action has still been hot and Tommy has seen some as big as 5lbs.
A special call out to our featured angler of the week, a regular on the North Jetty that some call the “King of the Jetty” for his fishing knowledge and skill.  We are talking about our young friend Garryn, of course!  Garryn was fishing with his mom and a friend who regularly sends in photos on the North Jetty.  Together, they caught 8 Black Drum.  Garryn caught the bag-limit of 5 and mom caught 3.  “Great day on the pier!” 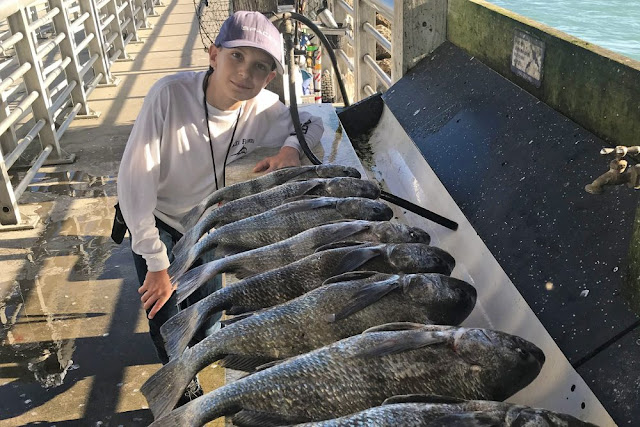