The jetties at the St. Lucie Inlet has had a good bite for redfish the past week using crabs and shrimp.
They are also being caught at the area bridges along with flounder. Like redfish, flounder are being taken using crabs and shrimp. Along the St. Lucie Inlet jetties, and out onto the nearby beaches, there has been good action on snook. They are being taken mostly on live pilchards. The season is open until June 1.
There are also tarpon along the beaches. Both the snook and tarpon are being caught in the first trough where they are chasing the large amounts of bait that are currently in the area.
Also in the first trough, whiting and croaker are being caught on the beaches using sand flea- and bloodworm-flavored Fish bites.
In the Intracoastal Waterway at the Lantana Bridge and along the docks, pilings, seawalls and rock piles in the surrounding area there has been a decent sheepshead bite. The are hitting clams and Chase baits Crusty Crab lures
Lake Okeechobee:
Fishing for bass during the current shad spawn has been excellent in the early mornings. In the first 45 minutes to an hour and a half after sunrise, anglers are having a blast using white swim jigs and white and chartreuse spinner baits along the edge of the Kissimmee Grass. The area from the King’s Bar to Indian Prairie has been good. After that bite slows down, switching to flippin’ and pitchin’ black and blue creature baits around isolated weed clumps has kept the action going 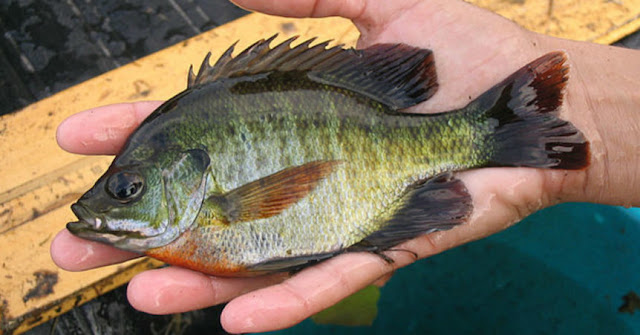 The bluegill bite has been good and should be excellent during the full moon. Hot spots have been the beds around Indian Prairie to Horse Island as well as Uncle Joe’s Cut to the West Wall. Crickets are working well and for artificial beetle spins are producing.
The oscar and cichlid bite has been really good lately in the canals around 20-mile bend. Farther south at the southern end of the Loxahatchee Wildlife Refuge, anglers are reporting a good bass bite near Loxahatchee Road. Soft plastics including Big EZ and Skinny Dippers are working well along the cattail clumps.