At the Jensen Causeway, anglers have been netting tiny blue crabs at night and they have been working really well for snook there.

Snook Nook has been getting plenty of live fiddler crabs recently which, combined with a jig head, have been working well for black drum, sheepshead and even snook at the area bridges. 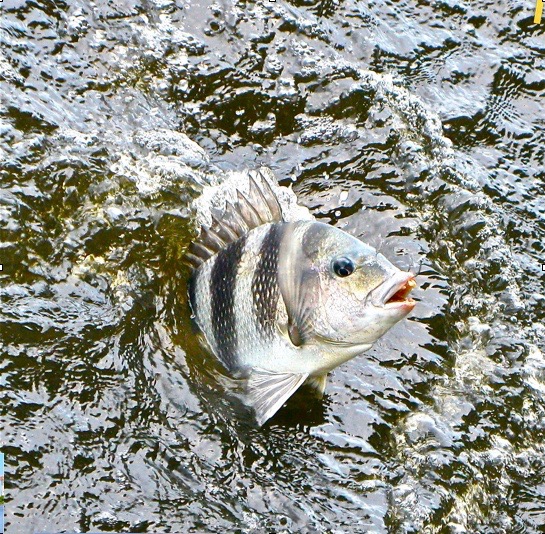 There has been a fantastic sheepshead bite going on at the Boynton Inlet the past few days by anglers fishing off the wall of the south jetty. Crabs, oysters and large barnacles fished during the outgoing tide has been working best.

At the Lantana Bridge, anglers using cut, frozen shrimp have been catching sand perch and large croakers. There were some Spanish mackerel and ladyfish being caught on small X-Rap lures in shad color patterns during the late afternoon into the post dusk hours. Using either a live croaker or sand perch fished on bottom with a 6/0 circle hook and 50-pound leader has been producing big over slot snook for catch and release anglers.

The bass bite has been good with live shiners still working better than artificial baits. If you are planning on going with an artificial Senkos in dark colors and flippin' creature-style baits are working well as is throwing flukes first thing in the morning. Hot spots remain the Eagle Bay and Tin House Cove areas.

Though the spec bite is starting to slow down with the warmer weather, they are still being caught in the deeper areas in the river. Minnows and jigs are both working.