There have been plenty of snook around the St. Lucie Inlet the past few days. Live pilchards and croakers, which are available at the Snook Nook, have been working great.

There have been tarpon rolling along the beaches in Martin and St. Lucie Counties. They are being caught on live mullet and pilchards as well as on swim baits like the Hogy Pro Tail Paddle.

Also along the beaches, there have been snook cruising the shoreline. Yo-Zuri Crystal Minnows are working fantastic.

In the first trough, there are still plenty of whiting and croaker to be caught using pieces of shrimp or Bloodworm-flavored Fishbites.

The docks and bridges along the St. Lucie River have been producing a nice mangrove snapper bite using shrimp and small bait fish.

Though there aren't big numbers still around, there are black drum being caught at the Stuart Causeway. Shrimp and crabs are working, and the key has been patience. 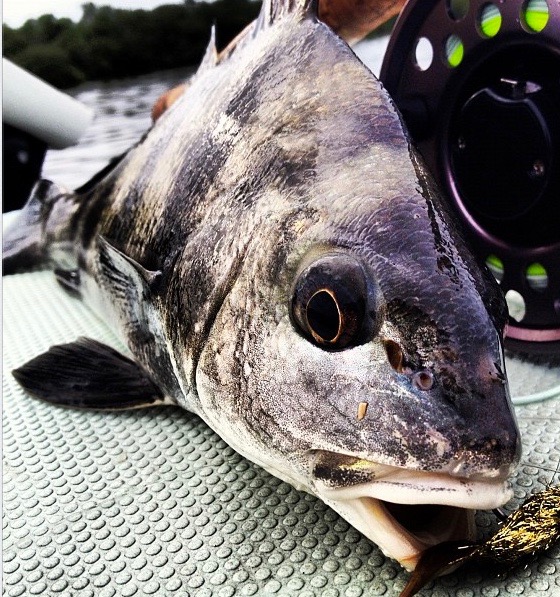 The bass action was excellent Wednesday morning. Flippin' creature style baits on the outside edge of the Kissimmee grass around the shoal at Harney Pond, Capt. Larry Wright had a client into 14 fish early. Not small fish either, there were five-, six- and even a seven-pounder in the mix. Earlier in the morning they were catching some smaller fish using white and, black and blue chatter baits.

The bluegill and shellcracker bite should be picking back up with the full moon. During the previous one, Capt. Larry Wright said he had two days where they caught over 100 fish.