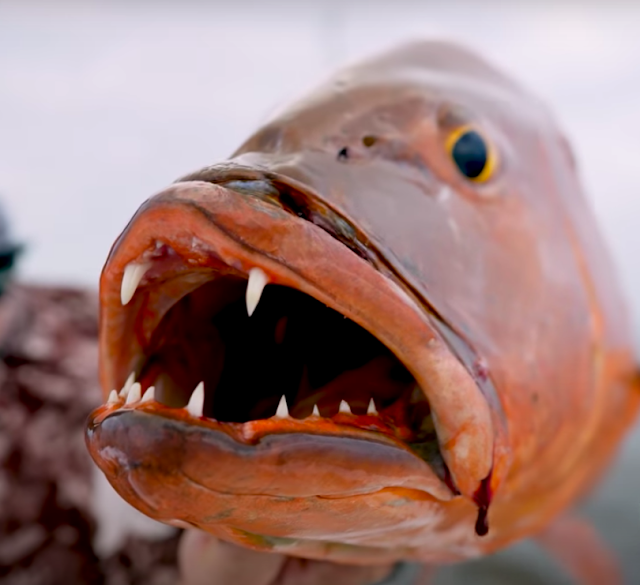 Cubera snapper, jack crevalles, Spanish marckerel are on the menu

Our trusty fishing guide, “Snookman” Wayne Landry, lays it all out for us: “Good morning all you fishing aficionados; here is the scoop: The beginning of last week was all about the Spanish mackerel and mangrove snappers. The bite was good, the bait fish were there until Thursday, but fell off due to the water getting tainted again with weeds from the S-SE winds. Plus, the water cooled down a bit. Today it is showing 79 to 81 degrees, down from the 81 to 84 it was; that, in itself, will make a difference in the bite.

North jetty:  Cubera snapper up to 24 inches are still being caught at the tip on the outgoing tide on live sand perch. There are also some nice mangrove snapper still being caught on both tides along the rocks and between the pilings on small live mojarras, greenies and cut baits. Also, over the weekend I saw the Spanish mackerel return again as the water cleared some.   Many small baitfish helped draw the mackerel in, too. The Spanish are being caught on small live greenies small crappie jigs. Most of the mackerel are between 15 and 18 inches, and the mangroves between 10 and 12 inches.  Many are catching jack crevalles. There are plenty and they will eat anything you toss at them. On the incoming clean water,  lookdowns can be caught on light tackle (4 to 6-pound line on small crappie jigs, with white being the best color for them). These fish are very thin, not much to them, but if you can get a nice catch of about 8 to 10, they are VERY tasty!

South jetty: Over here, the water has been weeded up on both tides, but there are fish being caught. You just have to constantly remove weeds AND the ‘snot weed’ from your line. Small snook are biting live mojarras on the incoming along the rocks, and at the tip on the outgoing. Also, small mangroves are being caught on the same baits. Jack crevalles, blue runners and black margates are the other species being caught at the tip on the outgoing tide.

T-Dock area: Back here, the water is a tad cleaner, and fewer weeds. Small snappers of all varieties are being caught on cut baits. Mangrove, mutton, lane and schoolmasters are being caught. Check your local laws on size and bag limits, as you can't keep any more than 10 snappers in aggregate. I checked that out with one of my local FWC contacts, and it is listed on the FWC website about the snappers. Also, look for large jack crevalles roaming around back there, chasing the mullet that are still coming in the inlet.

Surf area, both sides: Surf fishing is going to be dependent on the weeds present.  In addition to the weeds, S-SE winds have silted the water along the coast. If you find clean water, just north of the inlet or south, you may hit whiting, croakers, and quite possible pompano. Live sandfleas and cut shrimp will do the trick. Also, keep an eye out for baitfish in the surf - if you find any there is a possibility of hooking up with snook, tarpon and jack crevalles. Also, Spanish mackerel are following glass minnow schools.