INSHORE:  Good snook fishing continues to dominate the inshore scene.  Best action remains at night around the bridges on flair hawk jigs, swim baits, and shrimp jigs.  The snook can also be found along seawalls and under boat docks during the day.  A live mullet is the bait of choice for the snook during the day.  Some jacks, tarpon, and big ladyfish still mixed in with the snook.  Other inshore action has been a bit spotty.  Still hearing of good numbers of mullet up the coast, so not done on the mullet run just yet! 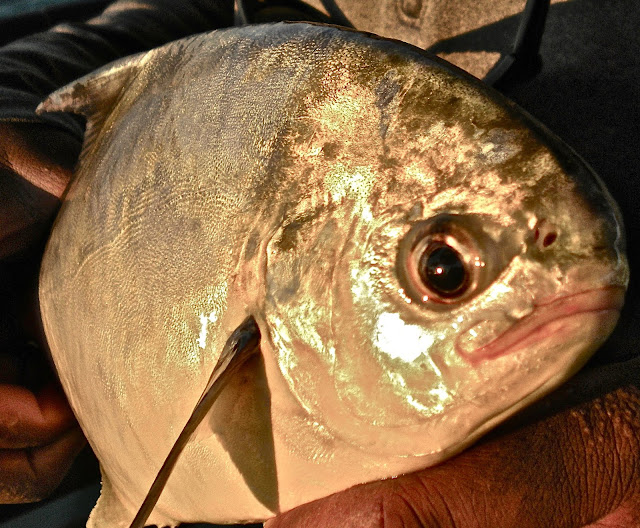 SURF/PIER:  Still looking for the water to clear up some, but the fish seem to be adapting to the less than ideal water.  Pompano have started to bite around the Juno Beach Pier on clams and Doc's Goofy Jigs.  Most of the pompano are undersize, but a few keepers are mixed in.  Bluefish have begun to show up, and are willing to bite a silver spoon or cut bait pretty quickly.  Still some redfish hanging around the Juno Beach Pier.  The Inlets have had a good number of jacks in them.
Posted by Tony Rose