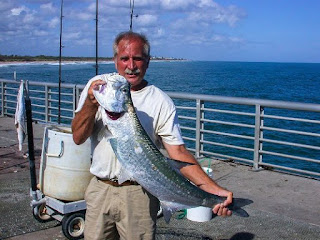 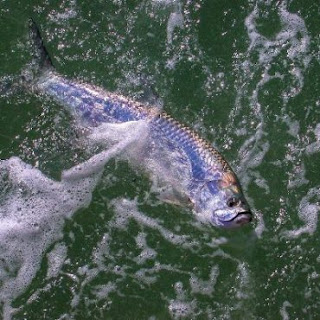 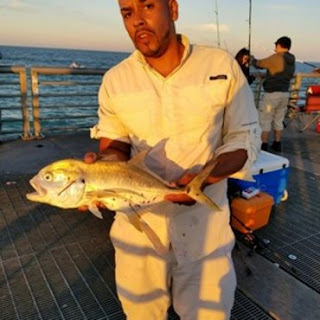 SNOOK SEASON CLOSES FRIDAY AT MIDNIGHT UNTIL FEBRUARY 1ST.  SNOOK ARE CATCH AND RELEASE ONLY DURING THIS TIME.

NOAA has a small craft advisory in effect through Wednesday afternoon. Winds are blowing out of the Southwest at 10 mph gusting to 15 up to 20.  The forecast is calling for temperatures to warm up nicely through the day today but another cold front will push through tonight bringing us hazardous boating conditions.  Another cold front is forecasted for Friday.  The back to back cold fronts should drop the water temperature significantly which should get those cold water species moving, we should see some phenomenal fishing ahead!
Sarah Sams at the Sebastian Inlet Bait and Tackle Shop reported that over the weekend, a lot of Snook and Reds were landed in the rough conditions although many were oversized. Pompano are starting to become very active in the surf as things calm down.  Thanks Sarah!
Our featured photo today is courtesy of Mike Ricciardi of Vero Beach. Mike took the shots of Steve Karaliotus of Canada while he was pulling in a nice Tarpon from the north jetty and took the shot of Steve with his Tarpon before he carefully released it.
Joel Martinez sent in our next two photos, Joel landed the good sized Jack in photo three.  Unfortunately, later in the day an angler who was not paying attention snagged his hand with a barbed hook and it had to be pushed completely through before Joel left to get a tetanus shot.  Please be mindful of others while casting, look behind you prior to casting!
Posted by Tony Rose