INSHORE:  Catch and release snook fishing remains the best bet inshore right now.  Look for the snook to be most active during lowlight periods of the day and at night.  Look for most snook bites to be best on outgoing tide.  Mangrove snapper are around in fair numbers.  Sand perch are  biting well  in the ICW.  Small pieces of shrimp is a solid bet for the sand perch. 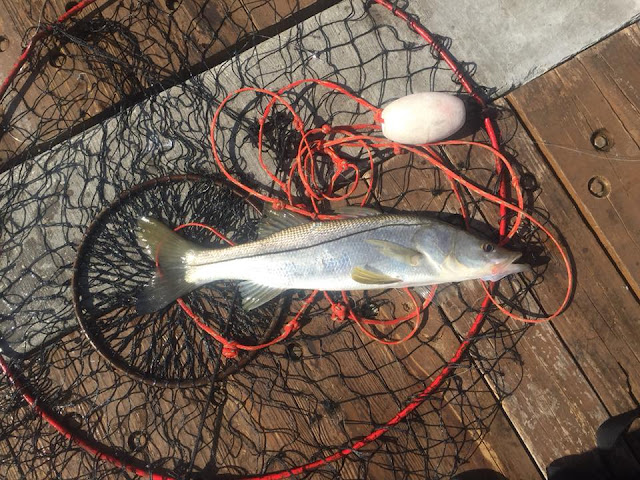 SURF/PIER:  Snook fishing remains fair to good along the beach; especially early in the morning and late in the afternoon.  The night bite has also been good for the snook along the beach.  Spoolteks and large swim baits have been working well at night, while small paddle tails and jigs have been better during the day.  Hard to beat a live croaker though anytime of the day.  A few tarpon have been pushing north along local beaches, and reports have a good number of tarpon feeding along the beaches up to the north of us.  Croakers, and sand perch are biting pieces of shrimp in the first trough.  Snook bite in Jupiter Inlet improved this week.    The Juno Beach Pier has also been producing a fair number of mangrove snapper early in the morning.  Cut sardines and live shrimp are a good choice for the snapper.