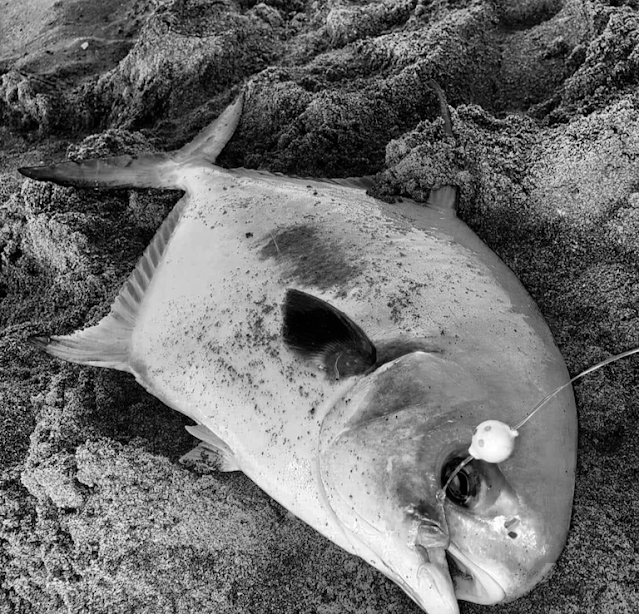 Every year, when Veteran's Day approaches, a biological phenomenon takes shape along the nearshore waters of the coastline of the Space Coast.

It's the next phase of the great fall migration. After the last few schools of mullet push south, the bluefish, Spanish mackerel and pompano begin to arrive. For many anglers, the transition from the summertime catches of snook and tarpon to these three signify the best of seasons. It means fall is really here, perhaps even more so than the bigger waves, shorter days, or cooler, dryer air.

Capt. Jon Lulay of 2 Castaway Charters in Titusville said it has been a really productive week for his anglers. In the lagoon, Lulay said the wind has dirtied the water on most days so he has been using popping corks to catch trout, some smaller redfish and black drum. Lulay said try putting a live shrimp or a Berkley Gulp! tail on a 1/8-ounce jig head under the cork. If planning to fish Haulover Canal where there have been some larger reds and black drum, use blue crab.

Rough surf has kept anglers off Space Coast beaches recently, but that should change quickly. Pompano, whiting and croaker can be caught in the trough between the shorebreak and the first sand bar. Use Fishbites, Fish Gum or sand fleas. Blanched fleas work better because they stay on the hook longer and don't wash out after one cast, but this is the time of year to find them in the shorebreak coming in. Longer casts may produce Spanish mackerel, bluefish and blue runner catches. Use jigs or chrome plugs to get bites.

The big waves caused poor fishing for several days at the inlet, but that should be changing. Look for Spanish mackerel, bluefish, jacks and blue runners to be coming over the rails during the last half of the incoming tides. Use pilchards, diamond jigs, any kind of jigs with flashy mylar or chrome will catch them. Also, reel fast. The faster one reels, the more likely it is a mackerel or blue will pile onto it. Pompano can be caught from the surf. Snapper can be caught under the catwalks or at the T Dock. Remember to throw any flounder caught back until Dec. 1.

Some of the best fishing has been on live pogies or croakers at the jetties of Port Canaveral, Lulay said. He steered John Jackson and Phil Cross to a series of nice catches and releases of big redfish and snook. The big redfish and big snook are still staging there spawning. In the lagoons, black drum and redfish can be caught around the mangrove islands near Cocoa Beach. Speckled trout can be caught on live shrimp.

Try using spinnerbaits or topwater frogs early in the mornings along the edges to catch bedding bass. In some canals and lakes, tilapia are bedding along the edges, too. For anglers who have bowfishing equipment, the tilapia make good targets. With the cooler longer nights, crappie fishing should start getting good on live minnows.