Fly fishing around some of the docks in the Lake Worth Lagoon, Capt. Pat Smith of Swamp to Sea charters said the snook bite was a bit challenging Tuesday night.

He said that though he was throwing a small size 4 fly, the snook seemed completely keyed on the tiny shrimp in the water. He said the water has been crystal clear and with the dock lights the snook are not being easily fooled. He did say they managed to catch and release six.

The bass bite has been good in the early mornings. There are some shad moving around that has the bass a bit more active.

Live shiners worked along the outside edge of the grass line is still the best bet. If going with an artificial, however, skinny dippers or swim baits, something with movement, have been getting hits as well. Buckhead Ridge down to Horse Island has been solid.

Though the bluegill bite has tapered off, they are still catching them. The key has been the moon phase. A week before the new or full moon has been producing the best action. Live crickets, worms and grass shrimp are working best. There have been good numbers of them around the Tin House Cove area as well as along Cochrans Pass. 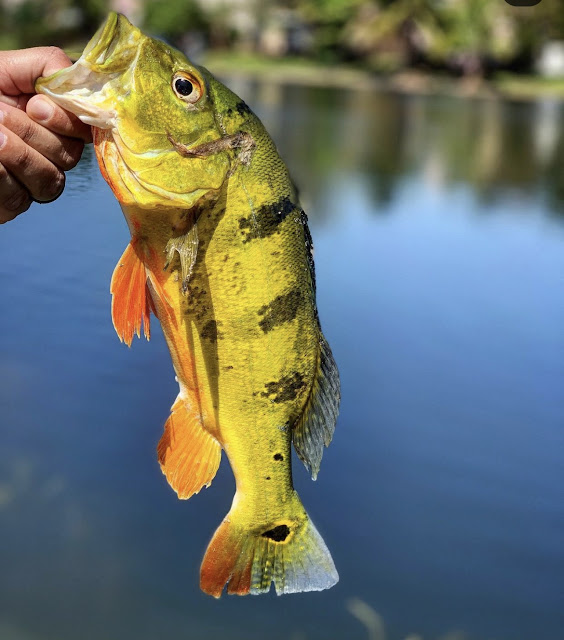 He said they are being found around structure and are mostly hitting live shad. He did say that top water lures will work, but it's taking some effort.