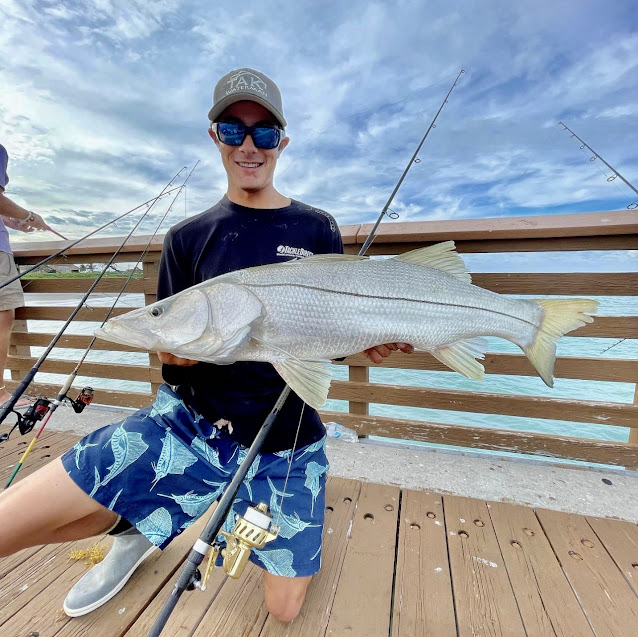 INSHORE:  Catch and release snook fishing remains very good inshore right now.  While the inlets are still holding a bulk of the fish, more and more are beginning to spin off into their late summer/early fall hangouts (In other words...it's hopefully not too too long before the mullet start running!). A walk the dog topwater, like a Yo-Zuri Topknock or Hydro Pencil, is a killer way to go for the snook right now.  It will work best early in the morning and late in the afternoon.  During the day it's all about swimming mullet under boat docks and along seawalls with current.  A few tarpon and jacks should be in the mix with the snook.  Mangrove snapper reports slowed a bit this week, but still a few around for sure.

SURF/PIER:  This week saw some really good catch and release snook fishing along the beach; along with the arrival of a good number of tarpon.  The snook and tarpon remain most active first thing in the morning and late in the afternoon.  Been a lot of small pilchards around.  Find the pilchards and the snook and tarpon are likely not too far behind.  It's early I know...but the first small little schools of mullet made a little showing this week.  It won't be that long and it will be full on mullet run!  The Juno Beach Pier has been holding a few blue runners and the occasional Spanish Mackerel this week, along with the snook.
Posted by Tony Rose