INSHORE
Anglers fishing in the surf in Jensen Beach are reporting good early-morning bluefish and Spanish mackerel bite. The pompano action should improve once the wind dies down as well.
There is a great redfish bite in the Indian River this year. The best fishing has been on the east side, especially around Middle Cove. There are also a decent number of little trout around.
Fishing the bridges has been good for snook (at night) and black drum. The black drum typically bite throughout the day, but the best action seems to be during the outgoing tide.
Mutton snapper were caught from the Juno Beach Pier this week.
Spanish mackerel are being caught along the beach in Jupiter early in the morning. Bluefish and pompano are holding throughout the day and, as you’d expect, are most active when there are bait schools around.
Snook and big numbers of jacks are biting in the Loxahatchee River and Intracoastal Waterway in and around Jupiter. Avoid fishing during dead-high and dead-low tides.
Bluefish and Spanish mackerel are being caught from the beaches throughout Palm Beach County. Good numbers are being caught around the jetties of the Lake Worth and Boynton Beach inlets. Mangrove snapper are also in the mix.
Snook are chewing around the bridges in the Intracoastal, and there are also plenty of jacks and sheepshead around. 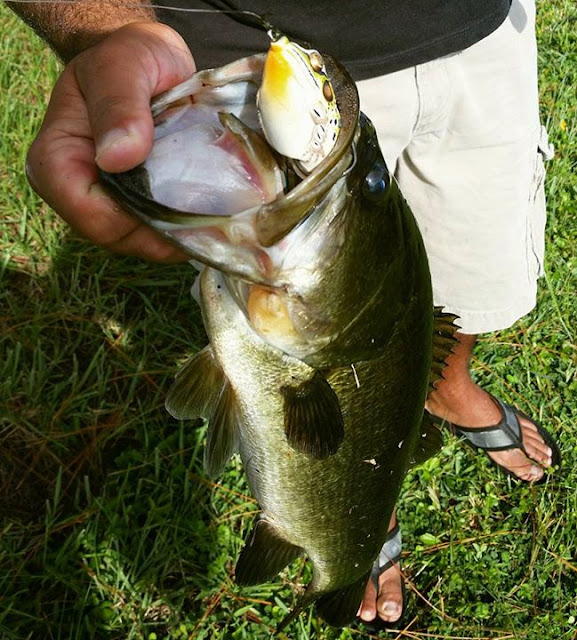 FRESHWATER
The best bass bite in Lake Okeechobee is along the outside edges and back in the grass. There are plenty of fish being caught, and several over 5 pounds were reported this week.
Live shiners are working well, but artificial lures are also getting the job done. It’s really a matter of personal preference at this point.
The best bite is still at first light and early in the morning, but nice fish are being caught throughout the morning hours, and it seems to be picking up again in the early evening.