Inshore the mullet run has started  the bait is everywhere in the river with some nice snook, trout and reds mixed in to the north around Harbor Branch has been good around first light in the bait schools top water plugs such as the jumping minnow or the super spook jr. in dark mullet colors, Once the sun gets up soft baits have produced well in the mullet schools. The Beach fishing has been epic with the mullet run starting it should be the best we have had in years. The mullet are everywhere with the snook and tarpon in them find the bait and you will find the fish. The Stuart beach has been a great place for tarpon in the morning at first light and also the Vero cove has had an great tarpon and snook bite and show if you just want to watch around first light and just before dark. The best bait to throw is a Wind-Cheater or a Bomber long A or live mullet with a light 1/8 oz or 1/4 oz lead to keep it  below all the other ones. The south jetty in Ft Pierce has been good with a few nice snook and tarpon at night to with jigs and plugs in the mullet schools. 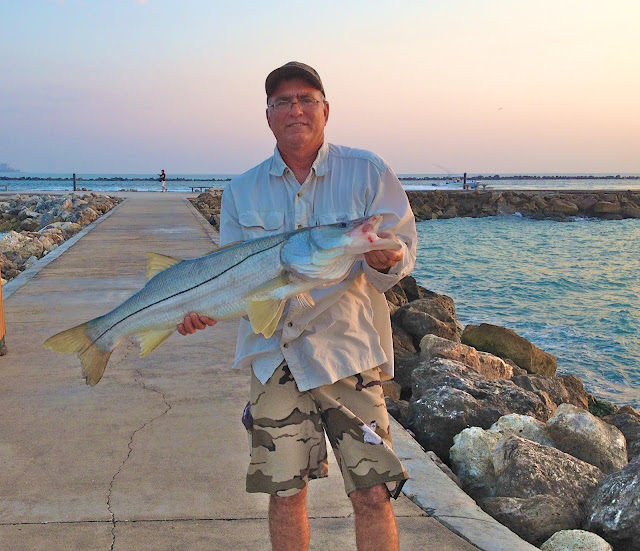