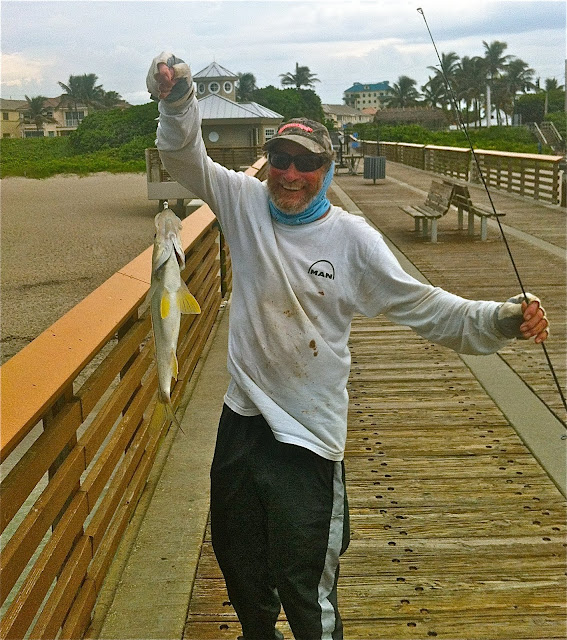 INSHORE:  Snook season is back open, and it's game on right now.  Plenty of snook around for those looking to try and catch one in the slot.  The snook will be around area bridges at night, and tucked up against seawalls and under boat docks during the day.  Starting to see a few trickles of finger mullet coming in, and that is what the snook will be cued in on right now.  Keep that in mind when picking out your lures, and be sure to have a X-Rap or Vudu Mullet tied on.  Should be a few tarpon mixed in with the snook, and most likely some bruiser jacks.  Still some mangrove snapper biting inshore around the bridges as well.

SURF/PIER:  Fishing along the beach and at the Juno Beach Pier remains good with a good amount of assorted action.  Snook season is open and the snook are still along the beach and at the Pier in good numbers.  Low light periods of the day will be the best time to target them, especially for those hoping to catch them on lures.  Rapala X-Raps, Yo-Zuri Minnows, and silver spoons are all good choices to throw in the surf early in the morning and then again later in the afternoon.  The Juno Beach Pier has seen good action on the snook, a few kingfish, good numbers of spanish mackerel, and lots of jacks.  The blacktop sharks are along the beach, as are a fair number of tarpon.  Even been a handful of pompano floating around.  Lots of good stuff going on if you get a chance to go...you should!
Posted by Tony Rose