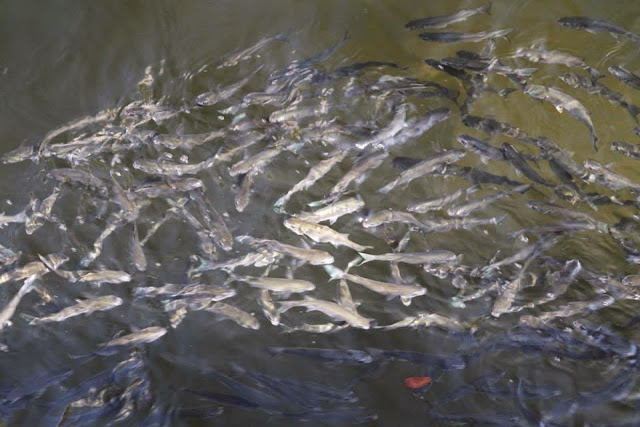 INSHORE:  The finger mullet are starting to trickle through, and the inshore fishing is firing up with their arrival.  Snook fishing has been good the past week, and should only improve as more mullet push through.  The bridges are holding fish at night on outgoing tide, while the Loxahatchee River and ICW have their fair share of fish along seawalls and tucked under boat docks.  In addition to the snook, the mullet are also attracting a good number of jacks, some tarpon, and even a few redfish.  Find the pods of bait and the fish won't be fair behind.

SURF/PIER:  Rough surf slowed the fishing down, but as it subsides look for very good fishing to fire up in the near future.  The mullet are showing along the beach and the snook, tarpon, jacks, sharks, bluefish, and host of others are tagging along.  The early pods of mullet are a great place to target snook that have switched their mindset from spawning to gorging themselves with easy meals.  The Juno Beach Pier has had good action on spanish mackerel, small jacks, snook, tarpon, and even a few kingfish.  It's a little early but even a few pompano reports are starting to trickle in.  Lots of good stuff going on right now...well worth giving it a shot if you can!
Posted by Tony Rose