INSHORE FISHING:
Up by the St. Lucie Power Plant they are still catching good numbers of redfish and sea trout. For the redfish, pinfish and shrimp are working as are top-water plugs. For the sea trout, D.O.A. Jerk Shad lures have been very effective. They are still getting black drum off the bridges using live shrimp.
On the beaches in the Jensen area, the pompano bite has been excellent. Sand flea Fishbites are the key right now. There was a good pompano bite happening in the surf between Lantana Beach and the Lake Worth Pier on Sunday and Monday. Fishing sand fleas and shrimp tipped white pompano jigs during the first three hours of outgoing tide was key. Snook, mangrove snapper and jack crevalle have been hitting live mullet, live shrimp and cut sardines off the Boynton Inlet jetties. Redfish, croaker, black drum, snook and a few sea trout are being caught on live shrimp attached to a red or chartreuse quarter-ounce jig heads cast under or around the docks along the west side of the Intracoastal Waterway and the east side of Manalapan.
Lantana Bridge anglers have reported catches of small black drum, redfish, small sharks, jack crevalle, sheepshead and small mangrove snapper using live shrimp, cut mullet and small live crabs.
LAKE OKEECHOBEE:
There are good numbers of bass being caught. One captain reported catching 31 in a half day on Tuesday. Though live shiners are working best right now, there has been a decent artificial bite first thing in the morning. Anglers working the outside grass edge during the first 30 minutes of the day are getting some results using spinner baits and chatter baits. After that the best bet has been to get out the flippin stick. 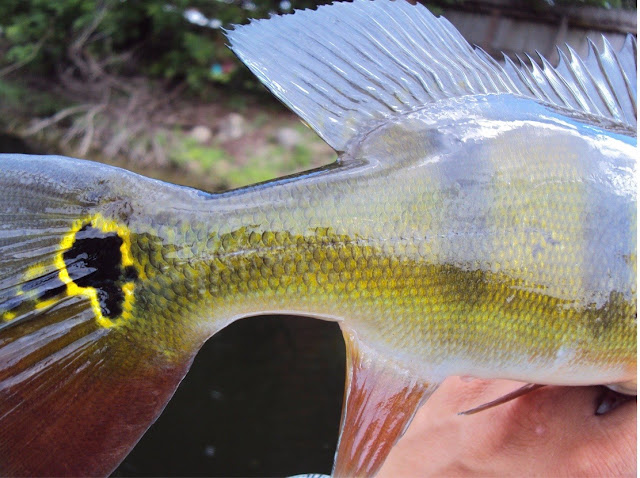 MORE FRESHWATER ACTION:
There has been some fun fishing for peacock bass along the Turnpike canals and 441. Fish up to six pounds were being caught on a five weight fly rod using orange/green streamers and large frog pattern poppers ripped across the surface.