TCPalm fishing report: Time change, plus trout and hogfish off limits to harvest

This weekend will be all about change for area anglers.

First, the clocks turn back one hour the night of Oct. 31, so don't forget to adjust those alarms for early morning fishing trips the next day.

Second, four changes to fishing regulations go into effect Nov. 1. They are: 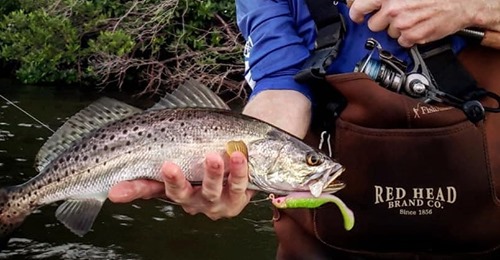 Inshore: Capt. Glyn Austin of Going Coastal fishing charters said Sebastian Inlet and the surrounding area is busy right now. Snook, redfish and even a few tarpon are biting. Fishing the mangrove shorelines is productive for all three including trout, too. In Vero Beach, trout fishing is steady on the flats around the spoil islands with 1/8-ounce jigs and artificial shrimp.

Freshwater: The full moon Oct. 31 should have bass on the beds ready to spawn. Flip and pitch the shorelines to get reaction bites from fish defending their territory. Lipless crank baits and swim baits will also get plenty of bites along drop-offs and the edges of the vegetation.

Inshore: Dirty water conditions in the area of Taylor Creek and the surrounding grass flats will persist until the rains eventually let up. Snook won't mind however. They can be caught on mullet, shrimp, swim baits that mimic mullet and artificial lures that mimic shrimp. 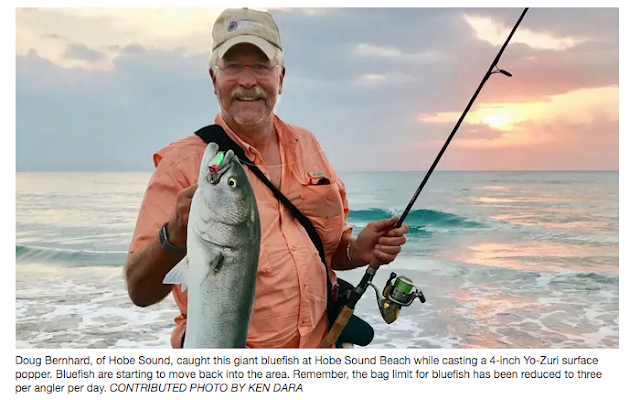 Inshore: Surf fishing was decent the past week, and should be until Nov. 1 when seas build again to 5-6 feet. Some pompano, whiting, bluefish and mackerel were caught by surf casters.