The pompano bite has slowly been picking up at the Jensen Causeway and could be a sign that more fish are beginning to move into the river. 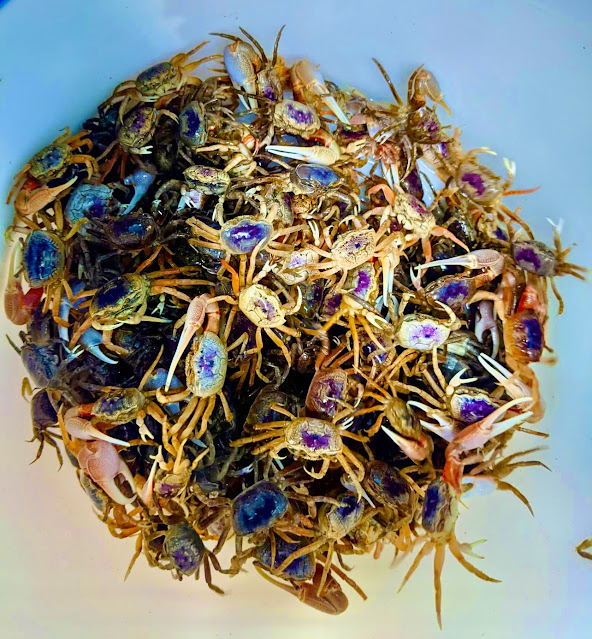 Also at the causeways, the sheepshead bite has jumped up and had many anglers scrambling to find fiddler crabs for bait. The Snook Nook currently has them in stock.

At the Roosevelt and 10-cent bridges, there have been good numbers of black drum caught the past week and anglers working the channel markers in the area are reporting some nice triple tail catches.

If you're looking for snook, the top spots have been deeper into the St. Lucie River and up around the powerplant using live shrimp and artificial baits resembling shrimp.

Anglers working the beaches or along the beaches by boat are reporting a good Spanish mackerel bite. Though, with the wild weather it's been tough, they are hitting spoons and Gulfstream Flash Minnows. If they're there, but not wanting play, chumming with block of glass minnows will usually get them fired up.

Anglers working the beaches at the north end of Jupiter Island have done extremely well the past few days fishing for Spanish mackerel.

As a bonus there have been sheepshead traveling under those schools.

In a departure from recent weeks, there has been little to no bait around the Boynton Inlet the past week.

In addtion, there have been few anglers trying and no real action to report.

Inside the inlet, in the Intracoastal Waterway, there have been scattered schools of mullet as well as threadfin herring and pilchards found around the bridges.

At the Lantana Bridge, anglers are reporting catching small bluefish, mangrove snapper and sheepshead on live shrimp and clams.

Capt. Larry Wright said the bass bite has been very good the past few days. Not only have the numbers been good, but there have been some bigger fish. He said they've been averaging four to seven pounds with a couple a nine pounders in the mix. Though shiners have been by far the most effective bait, Capt. Larry did say that if you're going with a artificial, flukes, Senkos and Speed worms have all been working. Darker colors including blacks and blues are working best for the worms, however, one angler claimed that pink was the top color. Capt. Larry then joked that "if you throw anything at them long enough they'll probably take it." Working the middle ground, over the top of the eel grass and dollar pads, from Buckhead Ridge to Horse Island has been the best area.

For the speck fishermen, the bite is still good with guys getting 20 fish all the way up to their limit most nights using jigs.