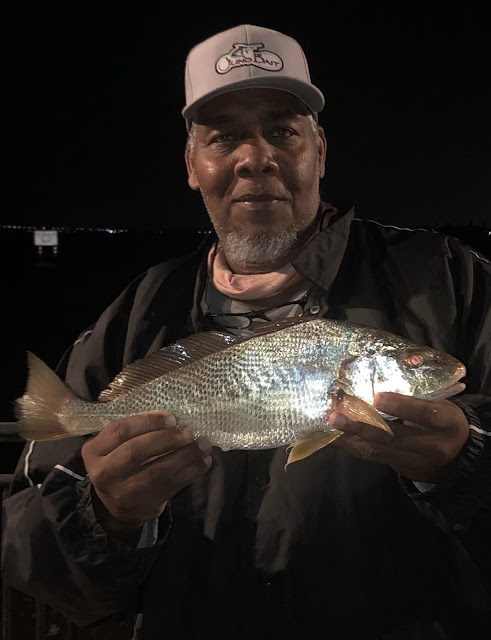 The channel markers up around the St. Lucie Power Plant have been holding sheepshead and some nice-sized croaker the past week.

Also up around the power plant, the mangroves have been holding decent numbers of snook. Snook are also being caught in the evenings along the area bridges. There have been shrimp in the river and using small artificial shrimp has been working well.

For waders, Middle cove is holding steady with the trout bite. They are being taken on top water plugs and Monster 3X shrimp.

Though, again, they're not being caught by the basketfull, there have been some pompano caught by anglers at both the Stuart and Jensen Causeways.

At the Boynton Inlet the fishing has been pretty slow with a few schools of pilchards around the mouth of the inlet.

At the Lantana Bridge, anglers have reported light action on sand perch and croaker using peeled shrimp for bait.

Though the bass bite is still relatively slow, most guides are getting their clients into 15 to 20 fish during a half-day trip. Live shiners are working best and the hot spots have been the Buckhead Ridge and Tin House Cove areas. Working both inside and just outside the grassline has been effective. If you are determined to use an artificial, a june bug Speed Worm or black and blue Senko are good options.

The spec bite has also been a bit slow the past week. Jigs are working better than minnows right now and the fish are being found in some of the more dense, lilly pad areas.