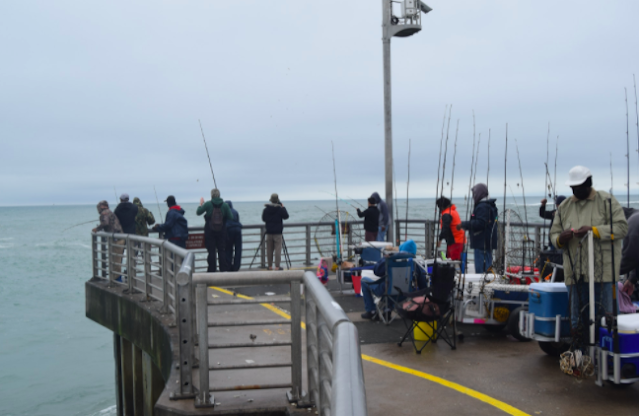 Not much to report due to cold weather, but temperatures will creep up....

Our resilient fishing guide, “Snookman” Wayne Landry says he doesn’t have much to report for the past week, thanks to “high winds, dirty water, huge surf and very cold water temps along the coast that are now at 62 degrees.”

“Throughout the entire inlet yesterday, hardly anything was going on, except for anglers catching many small Spanish mackerel and bluefish on small silver spoons and jigs,” Wayne says. “Fishermen using live and bead baits were catching plenty of catfish and large stingrays. I haven't heard anything on the flounder either. The black drum and sheepshead present a week ago have been hard to target because the large swells on the north side make fishing difficult on the north side of the jetty.”

Although warmer temperatures are on the way, the pending east-southeast winds will help keep the water murky and fishing will remain poor, Wayne predicts.

“On a good note, the snook season will open back up Tuesday (Feb. 1), but the cold water will help keep them kind of in a ‘shut-down’ mode since snook prefer water than 62 degrees,” he says. “They are a tropical species and temps above 73 will make them turn on better. They’re around, but you’ll have to work hard to get one to bite. Live bait, such as shrimp, will almost always get you a snook if they’re in the area. Remember, one fish per person per day with a slot of 28 to 32 inches.”