Inshore: Capt. Glyn Austin of Going Coastal charters has been steering anglers this week to catches of oversized redfish, oversized snook, sharks and jacks. He is fishing live croakers and crabs where the big reds and snook are staging, just offshore the north jetty. Drifting the inlet is another way to catch all four targets. 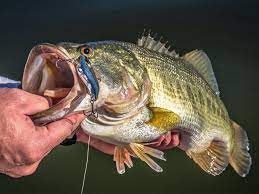 Freshwater: Trophy bass catches keep being caught at Headwaters Lake which has developed a reputation for being one of Florida's finest freshwater fisheries. Wild shiners are the key, but plenty of nice fish are being caught using lipless crank baits, spinnerbaits and worms.

Inshore: Some of the best snook fishing of the year is right now. Fish with live pilchards in places where seawalls have dock pilings nearby, mangrove shorelines with points, oyster bars and other kinds of structure. The inlet and the bridges are holding fish, too.

Surf: Paul Sperco said it's best to scout beaches on Hutchinson Island in order to find the right kind of water. Pompano and whiting are biting on Fishbites and Fish Gum or pieces of shrimp. There are no sand fleas anywhere to be had. Spanish mackerel and bluefish have likely moved north, although stragglers can always be caught year-round.

Inshore: Tarpon are being caught in the Crossroads and around the inlet. Boaters should beware of the dredging operation in the channel, but the tarpon will take pilchards and mullet. Snook are hitting at the bridges in the rivers during the outgoing tide.

Lake levels are at 13.79 feet above sea level which is roughly 3/4 of a foot below what it was at the same time last year. The western and northern quadrants of the lake have good vegetation with lily pads, bulrushes and Kissimmee grass. Fish with wild shiners in Pearce Canal, Cody's Cove, Tin House Cove and near Horse Island for the best action. Bluegills and shell crackers will hit live crickets.