Inshore: Snook know when they are out of season, so they are biting everywhere. They must be released until Sept. 1, of course. There are big jacks tormenting the summer bait pods, trout on the flats early and redfish in the mangroves. The falling tide is better to target these fish.

Freshwater: Headwaters Lake continues to be a good spot to find fish early. The fish are moving into deeper water and running for cover as the temperature and sun heats up during the day, however. Bluegill fishing has been pretty good as well on live crickets and red worms.

Inshore: There are trout biting on the points of the mangrove islands north of north causeway. Use live pilchards or mullet if possible during the beginning of the falling tide. Each summer, the tripletail come in and set up around channel markers, bridge pilings and carb pots. Use a live shrimp to catch them. 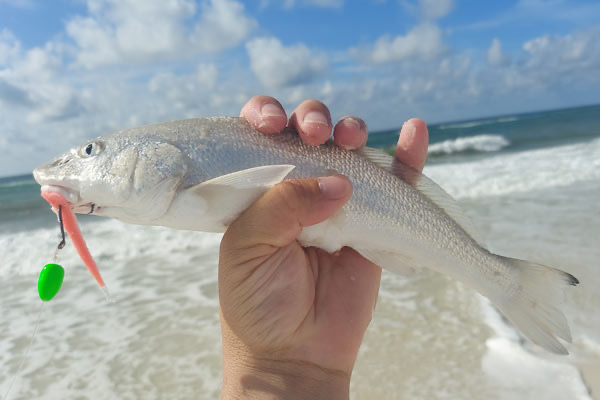 Surf: It's whiting season along the beaches of Hutchinson Island right now. The trick is finding a beach with little or no grass, and that can be a challenge. Use Fishbites E-Z flea or pieces of shrimp to get bites. Cast about 100 feet from shore to be in the zone.

Inshore: Although catch and release fishing for snook has shifted to an offshore fishery, there are still some around the detached jetty and on the south shore of the inlet. Use live pilchards or medium-sized jigs to catch fish in this zone, but move on after you catch three or four.

All that rain, well it did not fall over Lake Okeechobee or north of it, thankfully. Good news for anglers seeking to dial in on bass in the shallows early in the morning. The fish are there, but not for long. The rising temperatures have the fish heading for deeper water and cover by 9 a.m. Use topwaters early or spinnerbaits and switch to lipless crank baits and worms later in the morning.
Ed Killer is TCPalm's outdoors writer. Sign up for his and other weekly newsletters at profile.tcpalm.com/newsletters/manage. Friend Ed on Facebook at Ed Killer, follow him on Twitter @tcpalmekiller or email him ated.killer@tcpalm.com.
Posted by Tony Rose