INSHORE-  Catch and release snook fishing remains the tip game in town.  With all the rain over the last week; spillway action has been very good.  Lots of big fish around, and willing to eat jigs and big swimbaits.  The Loxahatchee River has had good numbers of snook as well.  A topwater fished along seawalls early in the morning or in overcast conditions is a killer way to go for the snook. Bridge fishing for snook has also been very good at night.  Flairhawks on the outgoing tide have been getting smoked by some big fish.  A few big jacks cruising through the ICW as well.  Mangrove snapper reports continue to improve on a weekly basis.  Live shrimp or small live pilchards will be the top bait choice for there mangroves.

SURF/PIER-  Snook action is good along the beach and in the inlets right now.  Lots of different ways to catch them, and lots of fish around....so take your pick and get after them!  Live baits in the inlets or at the Pier will get the bites, throwing the jig at night around the inlet, or sight fishing cruising snook in the trough along the beach are all viable options right now.  Generally speaking lowlight periods or night will be best for the snook; but they can be caught throughout the day on the right tidal conditions. 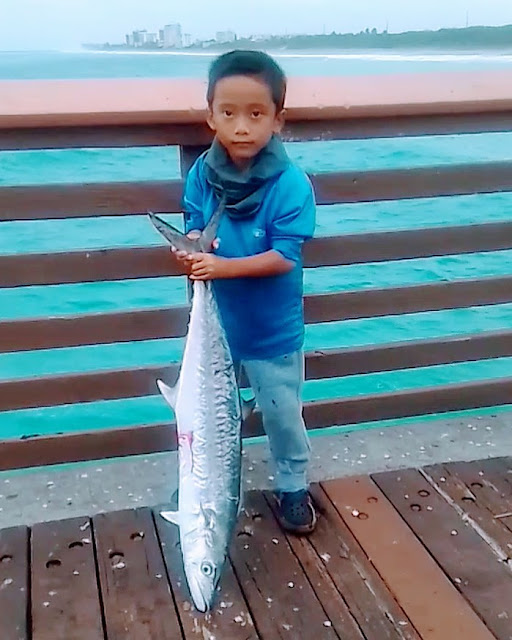