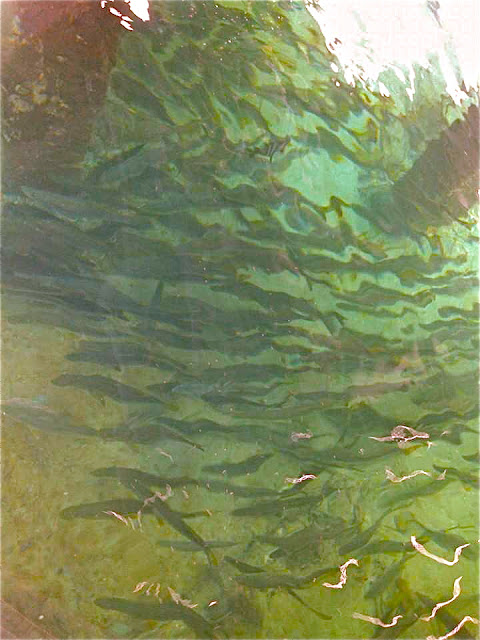 There are a ton of snook along the beaches of the Treasure Coast. Fishing during the higher tide is best. The late-afternoon bite has also been excellent.
There are a few tarpon and big jacks around as well.
Trout and flounder and still being caught on the west side of the Indian River, but the numbers are down. Snook and small tarpon are still biting around the bridges at night and during the outgoing tide.
Anglers fishing the “Boils” near the powerplant are reporting permit and cobia catches.
Snook are showing up in good numbers along the beach in Jupiter, but the best action is still in the inlet. Bait schools are running in the surf throughout the day, and the snook are in hot pursuit. If you see these schools, you can bet there are some nice snook nearby.
In the Intracoastal Waterway, snook are being caught around the bridges at night — as always — and there are plenty of jacks around.
This is the case throughout central and southern Palm Beach County. There are a few tarpon around as well. They are being spotted in the Intracoastal, the inlets, and along the beach.
Permit are also being caught at night off the north jetty at the Boynton Beach Inlet. Mangrove and mutton snapper are also biting at this spot. Bonefish were also caught in the flats in the Intracoastal near the inlet.

FRESHWATER
The best bass fishing on Lake Okeechobee right now is definitely early in the morning. If you’re looking to catch numbers, be in the water well before first light. It gets hot quick, and once the sun is up for an hour or so, the bite really tapers off.
Guides are reporting 30-40 bass on a morning trip, and there are some decent-size fish being caught as well. A few over 5 pounds were caught.
The offshore islands are still best, as most of the bass have moved away from the grass line and out into the main lake.
Live shiners are working better than artificial lures, but you can definitely have success either way.
although the morning bite shuts down by 10:30 a.m., it does pick up again in the late-afternoon and early-evening hours.
courtesy of Palm Beach Post