In the St. Lucie and Indian Rivers anglers working the bridges are  catching black drum and croaker using shrimp on a jig head or shrimp on bottom rigs.

That same set up is also producing a good bite on Spanish mackerel and bluefish in the rivers.
Along the beaches in the Jupiter area there has been good action on pompano. They’ve been hitting on Doc’s Goofy Jigs, clams and Fishbites. Be advised that there is a beach renourishment project in progress on Jupiter Island. This is creating some cloudy water and can make fishing for pompano in that area difficult as the fish can’t see the baits. Head north or south of that zone for the best fishing.
In the Loxahatchee River, there have some pompano, some black drum and a few sheepshead being caught. 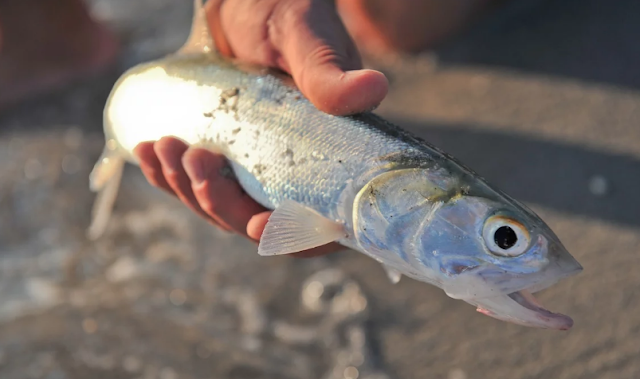 There have also been good numbers of ladyfish. Though not big, they are still a blast to catch. They’re being caught on live shrimp and jigs in the main body of the river where it’s a little deeper. Snook season opens on Friday. If targeting these prized fish best bets are to work the areas around bridge pilings as the water will be warmer. Also, whether using artificial or live baits work them much slower than normal as the fish are not nearly as aggressive in the cooler water. Remember slot size is 28 to 32 inches and it’s one fish per angler per day.
Anglers at the Boynton Inlet have reported catching croaker, sheepshead and mangrove snapper using live shrimp, blanched sand fleas and live crabs.
It’s been slow fishing in the Intracoastal Waterway and around the Lantana Bridge with the cold weather. A few jacks, sheepshead and pompano were caught under the bridge on Monday using blanched sand fleas and cut shrimp.
LAKE OKEECHOBEE
Though it has been cold the bass fishing has been pretty good. Using live bait, anglers working the outside grass lines in clear water have having a blast.
Posted by Tony Rose