With the slightly warmer temperatures the past week, there has been more snook action along the seawalls in the St. Lucie River. They are also being found up by the power plant along the mangroves.

Up by the power plant as well, the trout bite continues for waders. Top water plugs are working good in the early mornings.

Sheepshead, drum and croaker are being found along most structure in the St. Lucie River the past week. The 10-cent bridge has been especially good for croaker.

Along the beaches on Hutchinson Island the pompano bite has been solid the past few days. Still being found out 70 to 90 yards off the beach, they are being caught on Electric Chicken Crab Fishbites and Fishbites in EZ Flea flavor.

There is also a good whiting bite along the beaches and, surprisingly, some bonefish have been caught.

Whatever you're after though, be ready to get it in quick as there have been lots of blacktips cruising the beach ready to steal your potential dinner.

Though areas to the north have seen some really good pompano action this year, the beaches along Jupiter have been a bit slower than previous years. One of the theories is that many fish passed through during the rough weather that made surf casting hard to nearly impossible. Another is that the recently renourised areas of the beach are completely devoid of sand fleas and the fish weren't stopping during their migration south.

Whatever the reason, those fish that passed through heading south will be turning around and heading back north in the next few weeks. Have your gear ready.

At the Jupiter Inlet, anglers are getting good numbers of croaker, whiting and some impressive sheepshead right now.

There are also some bluefish, Spanish mackerel and jack crevalle being caught along the beaches in Jupiter.

Up into the Loxahatchee River, anglers are finding nice-size schools of jack crevalle with some impressive fish up into the 15-pound range. Medium-size, deep-running plugs are working well. Even though it's a lure typically used in freshwater, trolling a three-quarter ounce Rat L Trap plug can be an excellent way to find those schools and get them biting.

Along with Spanish mackerel, bluefish and jack crevalle, some Palm Beach County Beaches are seeing ladyfish mixed in with them. They are all hitting spoons right now.

There have also been some palometa caught along the beaches in the past few days. They were actually hitting flies intended for bonefish.

At the Boynton Inlet, anglers are have been getting a few sheepshead on live crabs during the incoming tide.

Small mangrove snapper and spots have been hitting shrimp around the jetty pilings.

Fishing the Intracoastal Waterway along the flats both to the north and south of the Boynton Inlet, anglers have been catching a few pompano using quarter-ounce yellow jigs tipped with live shrimp and on sand fleas fished along the edges of the flats.

Though he said it's been a bit slow, Capt. Larry Wright had his clients into 23 bass early Wednesday morning with several five pounders and one seven pounder in the mix.

Working live shiners just inside the outside grassline has been the key the past few days. If going with an artificial bait, speed worms in either watermelon or june bug colors, poppin' frogs, or chatter baits in white and chartreuse have been working.

Though the Tin House Cove area has been a hot spot, everyone seems to know it's the spot and it's been a bit crowded the past week with up to 50 boats at a time working the area. 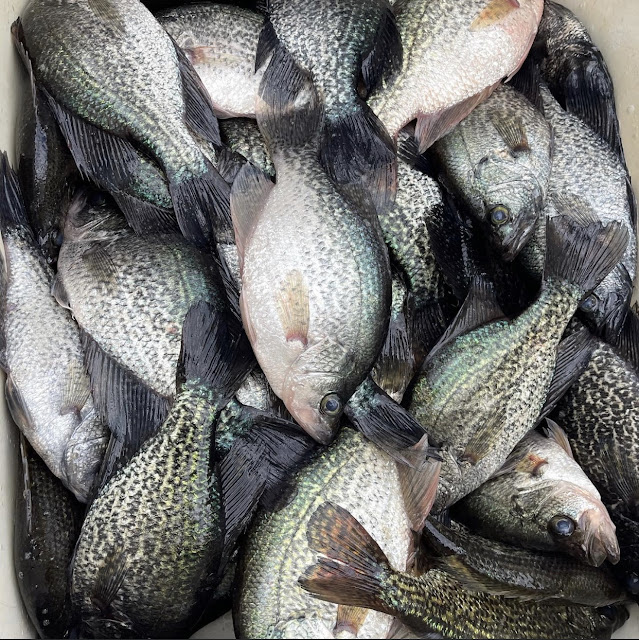