The snook fishing has been getting better and better in the St. Lucie River.

Plenty of keepers are being found along the seawalls and underneath the docks along the river as well as at the Jensen and Stuart Causeways and the ten cent bridge. Live pilchards and croakers are working very well right now.

Up near the power plant, there has been a solid croaker bite around most structure using shrimp on a jig head.

At the St. Lucie Inlet and at the Stuart Causeway there has been some good sheepshead action. They have been hitting shrimp on a jig head as well.

The pompano bite has turned on along the beaches in Martin and St. Lucie Counties. One angler had caught his limit early Wednesday morning. The bite has been best 70 to 90 yards off the beach using Fishbites in E-Z flea and Electric Chicken. 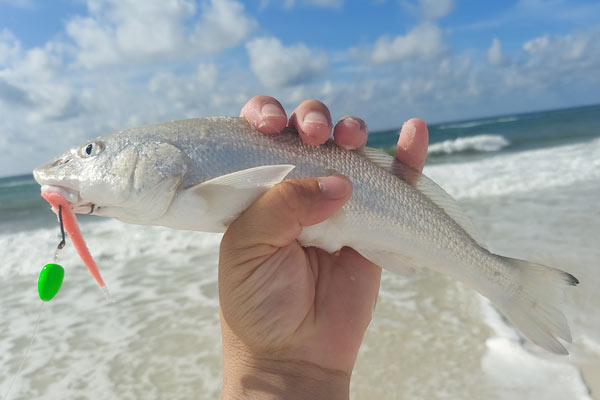 Also along the beaches, especially in Martin County, the first trough has been holding good numbers of whiting.

Fly fishing along the docks in the Intracoastal Waterway from West Palm Beach down to Boynton Beach, Capt. Pat Smith said the snook fishing was excellent Monday night. Just catch-and-release action, they were smaller fish and caught on six-weight gear.

With the ferocious south wind on Wednesday, Capt. Larry had his clients in a few protected coves where the bass fishing was actually pretty good.

Live shiners, worked just inside the outside grass line, is still the call for guides, but several artificials have been working well including Senkos and Speed worms in blues and blacks, along with chatter baits and poppin' frogs worked over the thick grass.

Working the docks early Tuesday, Capt. Pat Smith had his clients into good numbers of both peacock and sunshine bass. Though he said live shad were working best, jerk baits were also getting hits and hook ups.