The snook bite is getting more consistent in the St. Lucie River. More fish are making their way out of the North Fork and congregating along the docks. Good numbers of slots and some overslots are being caught using live pilchards and croakers.

Snook are also being found at the Jensen Beach Causeway. Anglers using shrimp or artificial shrimp have been having good luck during the evening, outgoing tide when those two things line up.

The pompano bite has been excellent from Hobe Sound up through the rest of the Martin County beaches. The bite is still around 60 to 90 yards out. EZ Flea and Electric Chicken Fishbites are the way to go.

Whiting and croaker are being caught in the first trough using Pink Shrimp Fishbites tipped with a piece of shrimp.

There are plenty of sharks cruising the beaches so whatever you're catching get it in quick unless you feel like sharing.

Working some of the docks and bridges along the Intracoastal Waterway from Boynton Beach to Singer Island, Capt. Pat Smith had his clients into multiple species of fish the past few days.

Though the fishing has been a bit slow, it's mostly been because of the blustery, rainy weather.

From King's Bar to Horse Island, the bass bite has been good using soft plastic swim baits, like a Big EZ or Zoom, in either Houdini or Shad colors. In the mornings, if the wind allows, the top water bite has been picking up using spinner baits in white and chartreuse or mouse color. Inside the outside grassline has been the target area. 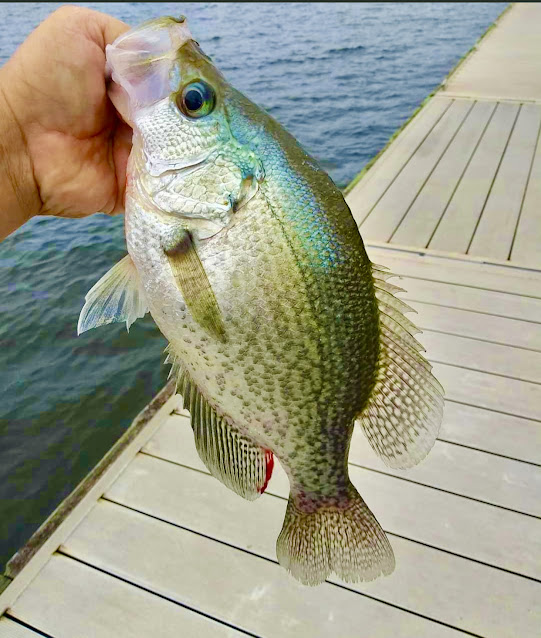 The crappie bite has been good in the Kissimmee River for trolling minnows in 10 to 14 feet of water. It's also been good for those jigging around King's Bar and Little Grassy. In the early mornings, jigs in white or pink are working best while as the sun begins to rise, darker colors, such as dark greens, are producing better results.

In both lakes, the peacock bass bite has been excellent. They are being caught on live shad as well as on jerk baits. There also have been a few clown knifefish in the mix.